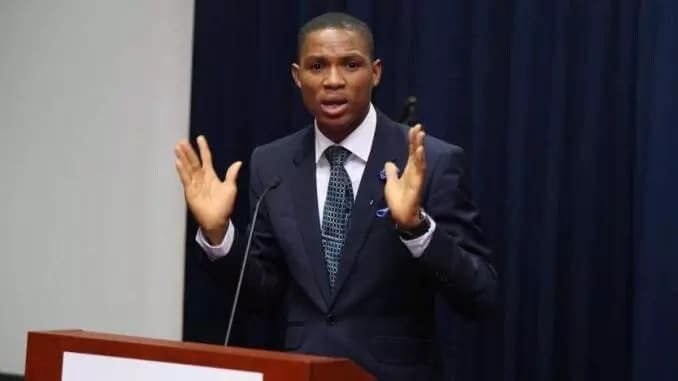 As stated by Ban Ki-moon, former UN Secretary-General, “Sustainable Development is the pathway to the future we want for all. It offers a framework to generate economic growth, achieve social justice, exercise environmental stewardship and strengthen governance.”

Following the advent of the Covid-19 pandemic, disruptions in economic activities have made a return to pre-pandemic conditions difficult (UN, 2022).

For Africa, although most economies are witnessing rising output levels, supported by a more favourable global context, economic recovery has been weaker than in other regions.

For us in Ghana, global rating agency, Fitch, before downgrading Ghana from B stable to B- with Negative Outlook noted as follows: “This downgrade comes in the context of uncertainty about the government’s ability to stabilise debt and against a backdrop of tightening global financing conditions.”

In a recent report on the World Economic Situation and Prospects for 2022, the United Nations Department of Economic and Social Affairs (UN DESA) notes that new COVID-19 waves and an uncertain policy environment have the potential to cloud Africa’s recovery prospects.

This brings into sharp focus the need to discuss Ghana’s economy, economic policy environment and growth prospects especially in the short to medium term as the country makes efforts to achieve economic growth and development, amid global uncertainties.

Over the years, Government flagship policies and programmes such as the One Village One Dam, Planting for Food and Jobs (PFJ), and One District One Factory initiatives have failed to respond to recent threats and drive growth of the economy, despite huge investments by way of budgetary allocations and foreign direct investments.

This is reinforced by Ghana’s decline from 78th position in 2016 to 82nd position in 2021 on the Global Food Security Index published by the Economist Intelligence Unit (EIU). According to the Ghana Statistical Service (GSS) in its recent report, four divisions namely Transport, Household Equipment and Routine Maintenance, Food and Non-Alcoholic Beverages, and Housing, Water, Electricity, Gas, and Other Fuels recorded inflation charges of 33.5%, 28.5%, 25.6% and 25.0% respectively, above the nationwide common of 23.6% – highest in 18years, with Food and Non-Alcoholic Beverages recording 26.6%, whilst Non-Food inflation stood at 21.3%.

It, therefore, came as no surprise when Ghana declined to 89th position with score of 59.8 on the 2022 Index of Economic Freedom published by the Heritage Foundation as compared to 72nd position with score of 63.0 in 2016, marking a shift in economic freedom to one considered mostly unfree with collapse in fiscal health as compared to one considered mostly free in 2016.

As noted in the World Economic Situation and Prospects for 2022 published by UN DESA, excessive external borrowing, especially from private creditors, has exacerbated debt sustainability concerns for many developing countries.

In Ghana, the Summary of Economic and Financial Data recently published by the Bank of Ghana revealed that Ghana’s public debt stock remarkably shot up by GHS40.1 billion to ¢391.9 billion as of the end of March 2021, equivalent to 78% of Gross Domestic Product (GDP); with the surge in the debt resulting largely from domestic debt and also slight depreciation of the cedi to the dollar.

It is estimated that Ghana’s debt stock will hit GHS400 billion by end of April 2022, representing over 80% of GDP.

As observed by the EIU, Ghana’s effective debt to GDP ratio is more than double that of the average peer African country, indicating a disconnect between financial markets and economic fundamentals as the gap continues to widen.

The unemployment rate in Ghana has almost tripled in little more than a decade, according to the 2021 population and housing census as reported by the Ghana Statistical Service (GSS).

More than 1.55 million people, or 13.4% of Ghana’s economically active population, are out of work, with 19.7% of unemployed persons being between the ages of 15 to 35years.

Even more worrying is the fact that more than 46% of the persons seeking for jobs have given up hope, although they are available to work.

All this is under an Administration that claims to have introduced Planting for Food and Jobs (PFJ) programme, One Village One Dam, Nation Builders’ Corps (NABCO), and One District One Factory Initiative, among others.

The International Labor Organisation (ILO) 2021 report states that growth in working hours stalled as labour productivity declined in 2021 with average output per hour worked 1.4 percent lower than in 2020, except in North Africa.

With 85.8 percent of the labour force and 89.7 of the female labour force in informal employment, the ability of governments to provide targeted assistance to those in need, especially during the pandemic, proved very limited.

According to the United Nations, women have been disproportionally affected by job losses in hard-hit sectors resulting in increased domestic care, exposure to domestic violence and reduced access to sexual and reproductive care.

As such, young African women are now 60 percent more likely than men not to be in employment, education or training (ILO, 2020). Considering the fact that majority of persons engaged in the agricultural sector – which sector contributes the highest to Ghana’s GDP are women, unemployment especially among women, would derail Ghana’s short to medium-term growth prospects and negatively impact economic development.

As noted by American businessman and philanthropist, Joe Lonsdale, “Good Governments is one of the most important factors in economic growth and social wellbeing.”

Leadership and Good Governance is therefore essential in ensuring improved quality of life and sustainable development of a country.

As such, a key trait of good Governments the world over, is the ability to take responsibility and offer much needed solutions to critical challenges.

To realise this, there is the need for clear cut policy direction and co-ordination of critical Stakeholders to policy objectives.

Hence, the recent opinion of the Minister of Finance, Ken Ofori Atta, that Ghana’s rising inflation is beyond Government’s control offers a clue as to the quality of governance being exhibited.

This will set the tone, achieve zero tolerance for corruption and mismanagement, and carry the nation together – drawing us together as a people to build this country.

Also, following the contractionary economic policies pursued by Government which has resulted in significant tax increases which have burdened Ghanaians, the time is ripe to introduce expansionary monetary policies that reduce the burden and ensure that indeed save lives and livelihoods.

This can be achieved through a variety of policies including reduction in reserve requirements by the Central bank and Government purchasing Treasury Bills in order to restore purchasing power parity and achieve market stabilization.

Finally, Government must invest in productive sectors of the economy, and focus on pursuing projects and programs that create jobs, and offer self-sustaining financing in the medium to long-term.

This is the only way Ghana can build back better – reduce inflation, over-reliance on imported goods, and achieve cedi appreciation in the medium to long term, thus, guaranteeing sustainable economic growth and development.

In conclusion, as noted by UN Secretary-General, António Guterres, “In this fragile and uneven period of global recovery, the World Economic Situation and Prospects 2022 calls for better targeted and coordinated policy and financial measures at the national and international levels.

The time is now to close the inequality gaps within and among countries. If we work in solidarity – as one human family – we can make 2022 a true year of recovery for people and economies alike.”