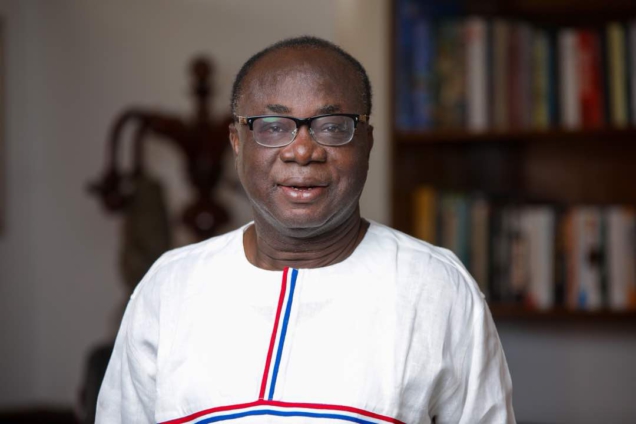 Director of Legal Affairs for the National Democratic Congress (NDC), Abraham Amaliba has questioned why a lawyer known to be affiliated with the government would defend four accomplices of Aisha Huang in court.

It was revealed in court on Tuesday during proceedings regarding Aisha Huang’s case that the Former Chairman of the New Patriotic Party, Freddie Blay will represent the four suspects.

Gao Jin Cheng, Lu Qi Jun, Haibin Go and Zhang Zhipeng together with the ‘galamsey’ queen, Aisha Huang are being held by the state for their involvement in illegal mining in the country.

Reacting to this, Abraham Amaliba said this defeats government’s commitment to fight ‘galamsey’.

According to him, some government officials have already been accused of engaging in illegal mining with Aisha Huang. Hence, for a member of the party in government to defend the accused persons, it sends a wrong signal about government’s commitment to end the menace.

“On this matter of ‘galamsey’, considering the fact that there are accusations and fingers pointing at government officials to be complicit in this ‘galamsey’ issue, if you have government lawyers, already Nkrabeah Effah Dartey is known to be connected with the NPP, now to have the immediate past Chairman of the NPP joining forces to defend these ‘galamseyers’, it gives the impression that yes government, as it where, is not interested in fighting the menace,” he told JoyNews.

He explained that these ‘government lawyers’ should have “allowed their conscience to guide them and for them to desist from providing those services because it goes a long way to point fingers.”

“If at the end of the day Aisha Huang is acquitted and discharged, then people will be making their deductions and saying that the whole trial was what somebody will say, was a fixed match.

“How can your Attorney-General be prosecuting somebody in this matter of national interest then you have lawyers connected and not just any lawyer but the former Chairman of the NPP who sit in public openly and defending a ‘galamseyer’, it gives the impression that clearly, this is going to be a fixed match and nothing would happen to Aisha Huang,” he said.

Meanwhile, both Aisha Huang and her accomplices have been remanded into custody until November 24, 2022.

The Attorney-General, Godfred Yeboah Dame, indicated to the court the readiness of the state to expeditiously dispose of the case and will be willing to try the case on a day-after-day basis.

DISCLAIMER: The Views, Comments, Opinions, Contributions and Statements made by Readers and Contributors on this platform do not necessarily represent the views or policy of Multimedia Group Limited.
Tags:
Abraham Amaliba
Aisha Huang
Freddie Blay
Galamsey