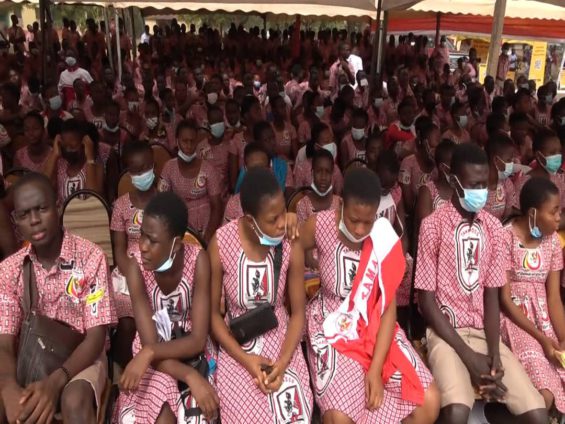 President Akufo-Addo has said that the WASSCE results of the second batch of students under the Free SHS policy, released by WAEC have given further credence that the policy is a success.

The President said even though there have been some challenges with the implementation of the policy, he is proud of its impact so far.

President Akufo-Addo said this at the 70th anniversary celebration of the Tamale Senior High School (TAMASCO) in Tamale, the Northern Regional Capital, on Saturday.

He noted that government has addressed many of the challenges associated with the policy.

The President said there are some people who have described the policy as a waste and that it would compromise the quality of education. However, they have been proven wrong.

He said the 2021 batch of students are the pioneers of the double-track system, which was severely vilified. “Indeed it was here in TAMASCO in 2018 that I announced the double-track policy, Kudos to TAMASCO,” the President said.

President Akufo-Addo said another indication of the valuable contribution of the policy is the dramatic increase in the percentage of students from TAMASCO who have qualified for admission into university.

The President noted that there is the need for all to eschew parochial partisan considerations and agree that the Free SHS policy has become part of the country’s educational architecture.

President Akufo Addo added that the government is committed to ensuring quality, relevant education that will produce confident, skilled global citizens who will be able to compete with their counterparts. He congratulated the school on its 70th anniversary.

The Headmaster of the school, Rev. Edward Azeka charged the students to live up to expectation because their predecessors have set standards they cannot lower.

He raised concerns over infrastructural challenges. The Headmaster also indicated that the school requires a school bus and a pickup vehicle among others.

DISCLAIMER: The Views, Comments, Opinions, Contributions and Statements made by Readers and Contributors on this platform do not necessarily represent the views or policy of Multimedia Group Limited.
Tags:
Alban Sumana Kingsford Bagbin
Free SHS
Tamasco