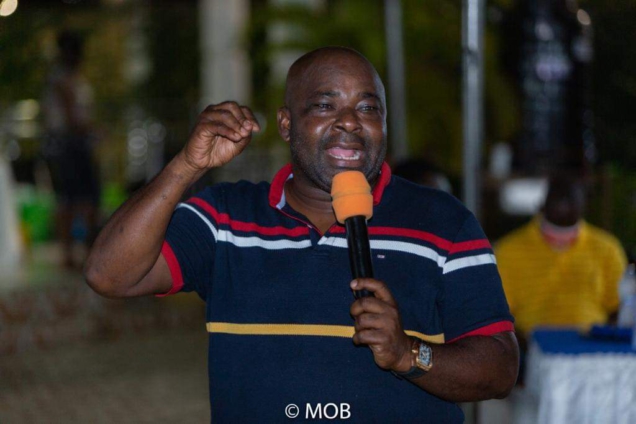 Michael Okyere Baafi is the MP for New Juaben.

The New Juaben MP, Michael Okyere Baafi, is the latest politician to join calls for the populace to accept the controversial Electronic Transaction Levy (e-Levy).

According to him, the government’s flagship programme, Free Senior High School (SHS), risks being terminated should the proposed tax policy fail to materialise.

At a town hall meeting to sensitise his constituents about the levy, Mr Baafi noted that government will be forced to seek financial support from the International Monetary Fund (IMF) should Parliament fail to pass the proposed tax policy.

The move, according to him, will lead to the cancellation of the Free SHS programme.

“If we don’t pay the e-levy and we go to the World Bank or the IMF for loans, they will ask Akufo-Addo to cancel the free SHS.

“This will affect your children, so you must all accept the e-levy and pay it, so it helps all of us,” Okyere Baafi stated.

Since the Finance Minister proposed a 1.75% charge on all electronic transactions in the 2022 budget to increase revenue, there have been stiff opposition from a section of Ghanaians, including the Minority in Parliament.

Opposers have cited concerns of exacerbating the plight of ordinary Ghanaians.

They have suggested that the government seek financial assistance from the International Monetary Fund (IMF).

However, Mr Ofori-Atta insists that Ghana will not seek a bailout from IMF but will resort to a “homegrown” alternative to boost the economy.

“I can say; we are not going to the IMF. Whatever we do, we are not… So let’s think of who we are as strong, proud people, the shining star of Africa, and we have the capacity to do whatever we want to do if we speak one language and ensure that we share the burden in the issues ahead,” he said.

The controversial E-Levy is estimated to rake in some GH¢6.9 billion annually, according to the Finance Ministry.

This, according to the Ministry, will increase the country’s tax-to-GDP from 13% to a targeted 16% or more.