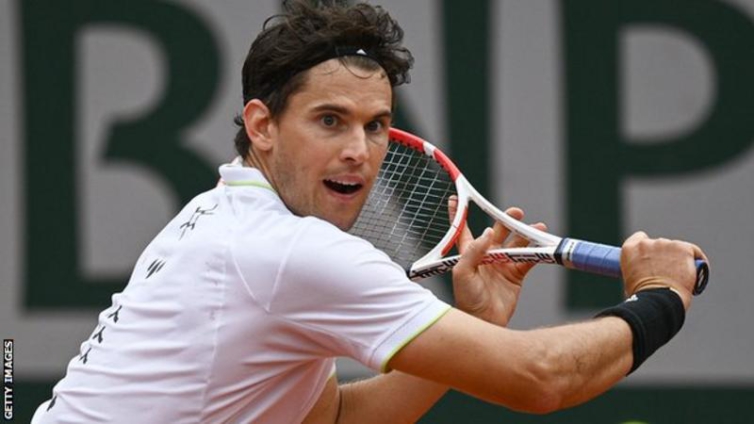 Dominic Thiem has now lost his past 11 matches, a run stretching either side of his nine-month injury absence.

Former French Open runner-up Dominic Thiem says “nerves are toxic” to his forehand after his losing run continued in the Roland Garros first round.

Thiem has lost his past seven matches since returning from a wrist injury which kept him out for nine months.

“There are painful defeats week after week and though not unexpected I am very disappointed,” said Thiem.

He was beaten by Rafael Nadal in the 2018 and 2019 finals at Roland Garros, before winning his first major at the 2020 US Open.

In the aftermath of that triumph, Thiem decided to take two months away from the tour to have a “small reset” because of the physical and emotional impact.

But the former world number three has never regained those levels and lost his final four matches of a 2021 season that was then curtailed by the wrist injury.

Against Dellien, Thiem looked a shadow of the player who was seen as an almost certain future Roland Garros champion.

Executing his forehand was a particular struggle, with the official match statistics showing 26 of his 38 unforced errors came off that wing.

“I have zero physical issues. I also have no mental problems with the forehand, I’m not scared or anything,” said Thiem, who is now ranked 194th.

“The problem is that in practice, the forehand was really decent but then the match situation is something different, especially at a Grand Slam.

“The whole body gets more tight, gets more nervous and right now that’s toxic to my forehand because I’m still missing the fine feeling there.

“If that’s the case, many, many mistakes are happening.”

Thiem said dropping down to the ATP Challenger Tour – the tier of tournaments below the main tour – could be an option to try and revive his confidence.

DISCLAIMER: The Views, Comments, Opinions, Contributions and Statements made by Readers and Contributors on this platform do not necessarily represent the views or policy of Multimedia Group Limited.
Tags:
Dominic Thiem
French Open
Roland Garros