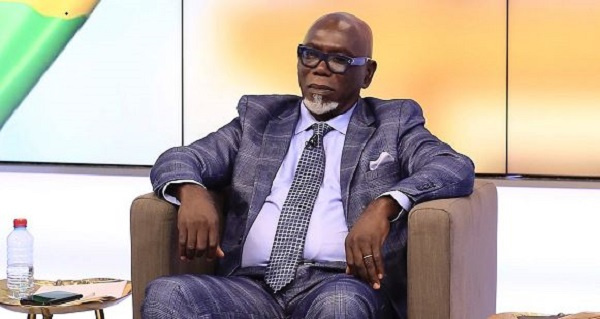 A Security Analyst, Dr. Ishmael Norman is doubtful that the Minority in Parliament will receive full disclosures on the deportation of ‘galamsey’ kingpin, Aisha Huang.

This, Dr. Norman explained, is because there are too many interests at stake in this matter based on information available to him.

Ranking Member on Parliament’s Foreign Affairs Committee, Samuel Okudzeto Ablakwa had earlier demanded that government should provide evidence of the deportation of the ‘Galamsey Queen’.

The North Tongu MP also requested a full-scale probe into the circumstances leading to the deportation of Aisha Huang.

But Dr. Norman in an interview on Top Story, Wednesday noted that it will only take an exceptional effort to unravel Aisha Huang’s mystery because many political big wigs are affiliated.

“I do not think that they [Minority] will get full disclosure. There are too many interests at stake, especially with the sex angle involved with the blackmail angle involved and some of those videos I saw,” he said.

Few days ago, news broke about the re-arrest of the ‘Galamsey’ Kingpin in her residence at Kumasi for her alleged involvement in the sale and purchase of minerals without a license.

Ms. Huang and her three accomplices were, on September 2, charged with engaging in the sale and purchase of minerals without a license and have all been remanded into lawful custody to reappear before an Accra Circuit court on September 14, 2022.

But the Attorney-General, Godfred Yeboah Dame, is set to prosecute her for her past and recent crimes.

The A-G has thus requested details of evidence compiled by investigators in 2018 and what has been compiled on alleged recent offences.

DISCLAIMER: The Views, Comments, Opinions, Contributions and Statements made by Readers and Contributors on this platform do not necessarily represent the views or policy of Multimedia Group Limited.
Tags:
Aisha Huang
Dr. Ishmael Norman
Galamsey
Minority in Parliament