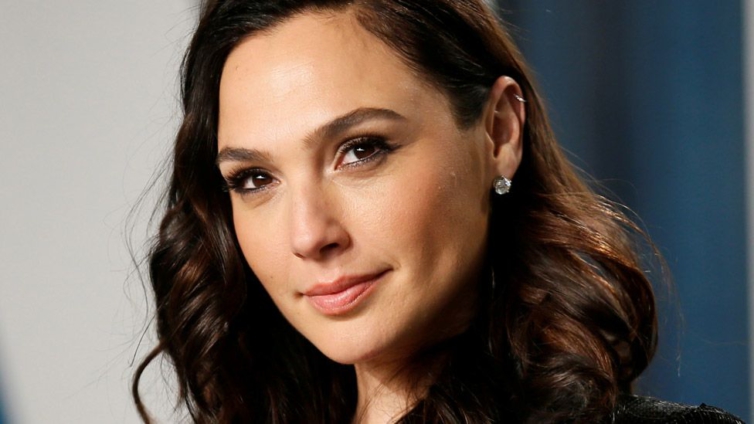 Gadot said she wants to "honour this amazing historic icon"

Critics say an Arab or African actress should play the ancient Egyptian queen.

“First of all if you want to be true to the facts then Cleopatra was Macedonian,” the Wonder Woman actress told BBC Arabic’s Sam Asi.

“We were looking for a Macedonian actress that could fit Cleopatra. She wasn’t there, and I was very passionate about Cleopatra.”

Controversy erupted in October after Gadot announced that she would star in and co-produce the film.

The Guardian’s Hanna Flint called it “a backwards step for Hollywood representation”, while director Lexi Alexander said a black actress should be cast, citing a reconstruction of Cleopatra’s face.

Gadot said: “I have friends from across the globe, whether they’re Muslims or Christian or Catholic or atheist or Buddhist, or Jewish of course… People are people, and with me I want to celebrate the legacy of Cleopatra and honour this amazing historic icon that I admire so much.”

She said other people were welcome to make their own films. “You know, anybody can make this movie and anybody can go ahead and do it. I’m very passionate that I’m going to do my own too.”

Cleopatra, born in the ancient Egyptian capital Alexandria, was the last ruler in the dynasty founded by Alexander the Great’s Macedonian general Ptolemy, whose descendants ruled Egypt for 300 years.

They have long been thought to have been white with a high degree of inbreeding. But there is mystery over the identity of her mother, leading to speculation that Cleopatra may have been of mixed heritage.

In 2008, Egyptologist Sally Ann Ashton from the Fitzwilliam Museum Cambridge created a reconstruction of her face from images on ancient artefacts. It showed her with mixed ethnicity.

“She probably wasn’t just completely European,” Dr Ashton told The Daily Mail at the time. “You’ve got to remember that her family had actually lived in Egypt for 300 years by the time she came to power.”

The following year, a BBC documentary about the discovery of the possible skeleton of Cleopatra’s sister Arsinoe suggested she may have had mixed ancestry.

But earlier this year, Kathryn Bard, Professor of Archaeology and Classical Studies at Boston University, told Newsweek: “Cleopatra VII was white – of Macedonian descent, as were all of the Ptolemy rulers, who lived in Egypt.”

The celebrated queen has been played on screen by a string of white actresses, most famously Elizabeth Taylor in the big-budget 1963 film.

DISCLAIMER: The Views, Comments, Opinions, Contributions and Statements made by Readers and Contributors on this platform do not necessarily represent the views or policy of Multimedia Group Limited.
Tags:
Cleopatra
Gal Gadot