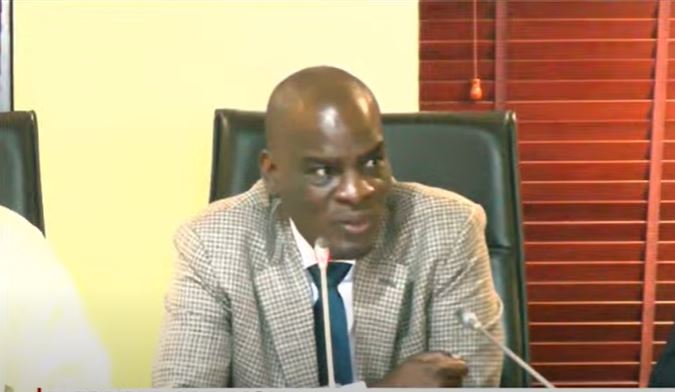 Minority Leader Haruna Iddrisu is urging the Speaker of Parliament to summon the Lands and Natural Resources, Defence and Interior Ministers as well the Attorney General to brief the House on steps taken to end activities of illegal mining.

The Attorney General and Minister for Justice, according to the Minority Leader will also be required to update the house on the arrest and prosecution of galamsey kingpin, Aisha Huang.

An Accra High Court on Monday, October 24 ordered the Attorney General to file disclosures and other documents in relation to the trial of En Huang, aka Aisha Huang, alleged to be involved in illegal mining.

This will enable the court to commence with the Case Management Conference and pre-trial at the next sitting.

Aisha is being held on the charges of undertaking a mining operation without license, facilitating participation of persons engaged in mining.

She is additionally being held over illegal employment of foreign nationals and entering Ghana while prohibited from re-entry.

The prosecution said Aisha had gained “notoriety” for engaging in a series of small-scale mining activities known as ‘galamsey’ across the country.

It said in 2017, Aisha was arrested for a similar offence, but she managed to sneak out of the country, averting prosecution, and had allegedly commenced small-scale mining activities without license.

But contributing to the business statement in parliament, the Minority Leader Haruna Iddrisu said the house requires a thorough briefing on the matter because of the devastation illegal mining is causing the environment.

“What is the state of it, galamsey, where are we with it, the pollution of our water bodies and environment, we need the ministers to come and explain to the house the status of the fight and more especially the trial of Aisha Huang because this country must be governed by the rule of law,” he added.

DISCLAIMER: The Views, Comments, Opinions, Contributions and Statements made by Readers and Contributors on this platform do not necessarily represent the views or policy of Multimedia Group Limited.
Tags:
Galamsey Fight
Haruna Iddrisu
Lands Minister
Minority in Parliament
Minority Leader