‘Galamsey queen’ was not exchanged for $2bn Sinohydro deal – Minister 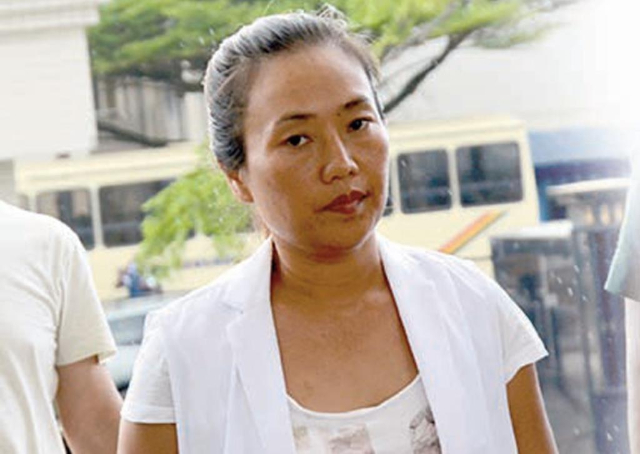 The Lands Ministers says government did not exchange notorious Chinese national, Aisha Huang, who was involved in illegal mining locally known as galamsey.

Kwaku Asomah-Cheremeh says although he was not part of the government delegation that negotiated the $2bn Sinohydro deal, he has been briefed about it.

“Aisha Huang was not part of the discussion when the delegation met with the Chinese officials to negotiate the deal,” he told the media at a presser, Thursday.

According to him, so far 194 persons of various nationalities including Nigerians, Burkinabes, Malians and other West African nationals have been deported. He rubbished claims that Miss Huang, popularly known as ‘galamsey queen’ was given preferential treatment.

“We did not sacrifice or exchange her for the loan…this lady was in Ghana prior to the arrangement that we made with the Chinese government to secure the financial assistance from them,” he said.

Mr. Asomah-Cheremeh was emphatic that “no government official thought of shielding her, no government official pampered her…there is nobody in the NPP that dreamt of dealing with Aisha in one way or the other so that she can perpetuate the illegal mining she was fond of doing in Ghana so as to enable government to secure the loan from China.”

According to the Lands Minister, her accomplices [if any] will be dealt with by the Attorney General who has the right to file a nolle prosequi and did so in the case of the galamsey queen.

Miss Huang was arraigned before court on May 9, 2017, for engaging in galamsey activities at Bepotenten in the Amansie Central District in the Ashanti Region. But the trial was later discontinued.

Revealing the reason for the discontinuation of the case, the Senior Minister, Yaw Osafo-Maafo, at a town hall meeting abroad said Ghana has great diplomatic relations with China and intends to partner that country in key infrastructural projects citing the $2 billion Sinohydro deal.

His comment has been condemned in various quarters with some individuals and groups demanding he apologises while others have said he should resign.

He insists no diplomatic agreement between Ghana and China grants immunity to nationals of either country against crime and criminal prosecutions.

“There is no agreement today as far as I am concerned, between Ghana and China that someone who has committed a crime can be let go in order to further political interests. That is a very bad precedent and that I think it is wrong,” the veteran diplomat told Kojo Yankson on Joy News Thursday.

DISCLAIMER: The Views, Comments, Opinions, Contributions and Statements made by Readers and Contributors on this platform do not necessarily represent the views or policy of Multimedia Group Limited.
Tags:
Galamsey
Sinohydro deal