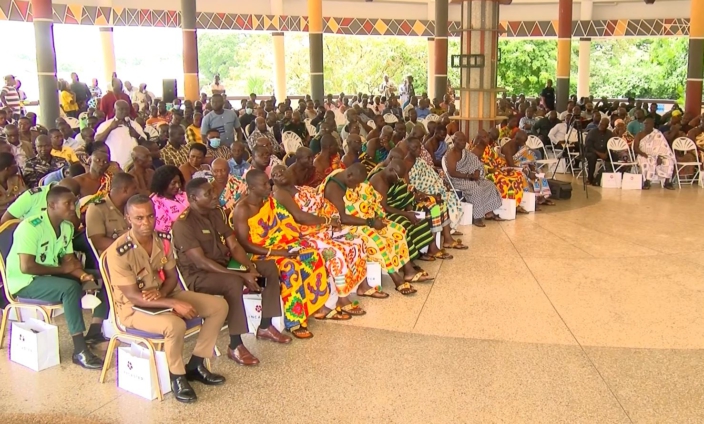 Some chiefs in the Ashanti Region have refuted claims that traditional leaders have a hand in illegal mining activities in the region.

According to them, politicians should be blamed for the persistence of the canker and not them.

The traditional authorities expressed this position in a dialogue held on Tuesday.

The Deputy Lands and Natural Resources Minister, George Mireku Duker had emphasised the role of chiefs in ending the menace at a gathering.

However, the chiefs were displeased to be burdened with the task.

Taking their turn to address the Minister, the chiefs noted that as custodians of lands, they can order illegal mining to stop.

However, their powers have been overridden by some politicians.

According to them, political figures are fueling the menace by giving licenses to miners who, in turn, destroy the environment and their deities.

“All of us gathered here know those polluting our water bodies. We can’t deny that. Every land in Ghana has a custodian, we know our lands and water bodies, if we decide to ban mining on our water bodies it will end.”

This comes barely a week after a leader of the United Progressive Party (UPP), Akwasi Addai ‘Odike’, accused the Manhyia Palace of failing to clamp down on illegal mining in the region.

He was also accused of inciting the youth to rise up and demonstrate against chiefs if they fail to come clear on their roles in or stance against illegal mining.

The chiefs in this regard considered the words of Odike disrespectful and slaughtered a ram in a traditional rite to prevail on the gods to help resist any rebellion against the Asante Kingdom.

DISCLAIMER: The Views, Comments, Opinions, Contributions and Statements made by Readers and Contributors on this platform do not necessarily represent the views or policy of Multimedia Group Limited.
Tags:
Galamsey
Illegal mining
Politicians