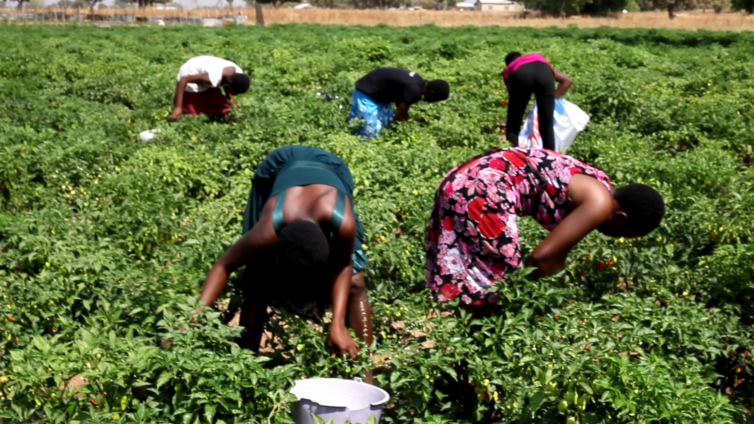 This was accomplished by assisting smallholder farmers and fostering shared values and possibilities throughout the rice, maize, soya, and vegetable value chains.

Through the provision of appropriate technology, rural infrastructure, and gender transformation, including equal participation of women, youth, the GASIP design leverages private sector resources and expertise to make smallholder farmers more competitive by increasing their efficiency and resilience to climate change.

Mr. Kudomor was speaking at workshop on the theme “Building Champions in Agribusiness Value Chains for Climate Change Resilience.”

The four-day workshops at Nkawie in the Ashanti Region will prepare them to become ambassadors who will engage and sensitise stakeholders, particularly farmers, about climate change and environmental sustainability in their organisations, communities, schools, and faith-based organisations.

The Ministry of Food and Agriculture is implementing the Ghana Agricultural Sector Investment Program (GASIP), which is funded by an IFAD loan of USD 36 million and a USD 10 million Adaptation for Smallholder Agriculture Program (ASAP) grant.

“GASIP over the last two years has achieved some remarkable successes which need to be emphasized,” Mr. Kudomor said.

According to the National Program Coordinator, GASIP has made significant investments in rural infrastructure, including providing access roads to connect farmers to markets, solar-powered boreholes for dry-season vegetable production and weather stations to provide accurate and timely weather information.

According to him, the program has constructed 600 hectares of rice-growing irrigation land and provided tractors, power tillers, and handheld rice harvesters to 628 smallholder farmer organisations.

GASIP is also collaborating with agribusinesses to give smallholder farmers with market access by signing them up to receive market price information from the Ghana Commodity Exchange.

“During the outbreak of the COVID-19 pandemic in 2020, IFAD nested a new Project, the Emergency Support to Rural Livelihoods and Food Systems Exposed to COVID-19 (ESRF) under GASIP. Through the ESRF, GASIP has distributed improved seeds and fertilizers to more than 20,000 smallholder farmers across the country.”

According to him, a total of US$1.85 million has been disbursed to the Gender Ministry and the World Food Programme for highly vulnerable farmers, including people living with disability, from the country’s nine lowest regions.