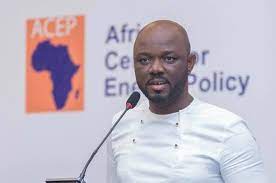 The Executive Director of the Africa Centre for Energy Policy, Ben Boakye, says government is propping up Genser to kill state energy companies.

This comes after IMANI Africa and the Africa Center for Energy Policy (ACEP) alleged that Ghana buys gas for 95.8 million dollars and sells to Genser for 43.5 million dollars accounting for a $1.5 billion financial loss to the state.

According to Ben Boakye, the underpricing of gas sold to Genser by the government has given the energy company an undue advantage over state energy companies which continue to buy gas at market price.

He noted that as a result, Genser has managed to capture about 60MW of the energy market from state energy companies.

Speaking on JoyNews’ Newsfile on Saturday, he said, “Genser is into a competitive market where they are selling power to mines just as VRA is generating and selling to everybody else including the mines. As we speak today, VRA has lost 40MW of the market to Genser because they can’t compete. ECG has also lost 20MW of the market because they can’t compete.”

He noted that should the calls for a review of the energy deal with Genser fall on deaf ears, Ghana stands to lose billions in revenue.

“And Genser is creeping in and grabbing all the big market because we have given the gas to them essentially for free. So what we are doing and the manner in which we are propping Genser, we don’t fight the entry of the private sector if they can make genuine efforts to take up market without being supported by the state against other entities or other players in the market.

“But the way that we are doing it, we are setting them up against the state institutions and they’re going to kill them essentially. Because they’re gradually taking all the big market from them and the state sits there and complains about excess capacity.

“I mean if you have taken 60MW, it means VRA has lost 60MW so whatever the IPVs are generating and they cannot sell to the mines the state has to find money to pay. So those calculations we have not even gone there yet. If we go there to then begin to analyse the full impact of all these subsidies we’ll run into several billions at this point,” he explained.

Ben Boakye added that as Genser expands their operations across the country, state energy enterprises will have little fighting chance to survive.

“And gradually they’re building to Kumasi, they intend to build a pipeline all the way to the Eastern Region, Kyebi area to also supply the mines over there and it’s the state that is supplying all these subsidies.

“So if you look at all that is happening in the space it appears to me that we’re actually developing a Trojan horse to cannibalise all the state enterprises in the energy sector in the long run and that shouldn’t be patronized by independents like us who are also interested in how the state agencies function even with all of their difficulties.

“We have a responsibility to ensure that we do not add on to the pressures that they’re facing by just doing some of these transactions,” he said.

DISCLAIMER: The Views, Comments, Opinions, Contributions and Statements made by Readers and Contributors on this platform do not necessarily represent the views or policy of Multimedia Group Limited.
Tags:
Ben Boakye
Genser deal