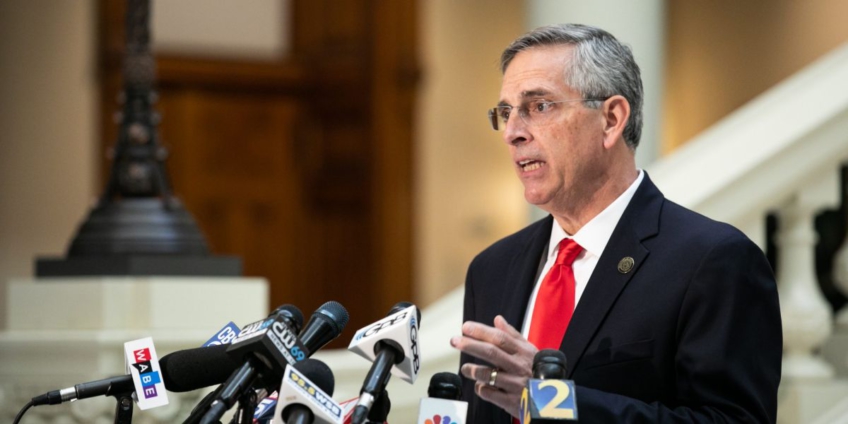 The Georgia Secretary of State announced Wednesday (Nov. 11), that a manual recount of the very close presidential vote in the state would be conducted. The announcement comes more than a week after Election Day, in which President-elect Joe Biden was behind then moved ahead to lead Donald Trump by a razor-thin margin of about 14,000 votes.

Currently, CBS News reports Biden leads Trump 49.5 to 49.2 percent.  Secretary of State Brad Raffensperger told reporters that the state would begin Georgia’s first ever full audit of the election results and that they would be recounted by hand.

“With the margin being so close, it will require a full, by-hand recount in each county,” Raffensperger said. “This will help build confidence. It will be an audit, a recount and a recanvas all at once. It will be a heavy lift, but we will work with the counties to get this done in time for our state certification.”

By state law, the election is required to be certified by Nov. 20. Raffensperger said that because Georgia now uses a system of touchscreen machines and printed out paper ballots this election, the state will be recounting each of them.

“We now have that verifiable paper ballot for the first time in 18 years. We’re gonna have something to count, instead of just pressing a button and getting the same answer,” he said. “So we’ll be counting every single piece of paper, every single ballot, every single lawfully cast legal ballot.”

The recount affects the presidential election specifically, Raffensperger said, and not the runoff elections between four candidates vying for the U.S. Senate. Those were set for Dec. 1 and Jan 5, but now both will be held Jan. 5.

The race in Georgia between Biden and Trump has been too close to call since Election Day, but Biden is on the cusp of flipping the state for Democrats, although it has been strongly Republican for a generation. The get out the vote effort by voting advocates like Stacey Abrams and other grassroots movements helped to activate voters, particularly African Americans and young people to go to the polls in record numbers.

The presidential race was called for Biden and running mate Kamala Harris on Saturday (Nov. 7), when Pennsylvania’s 20 electoral votes put him over the top to win the election. Despite that, Trump has spent several days balking at the results, claiming fraud, illegal voting and other malfeasances in close vote states that he lost and has mounted multiple legal challenges in all of them. He has not done the same for states that he won.

DISCLAIMER: The Views, Comments, Opinions, Contributions and Statements made by Readers and Contributors on this platform do not necessarily represent the views or policy of Multimedia Group Limited.
Tags:
Georgia
Joe Biden
Trump
US election 2020