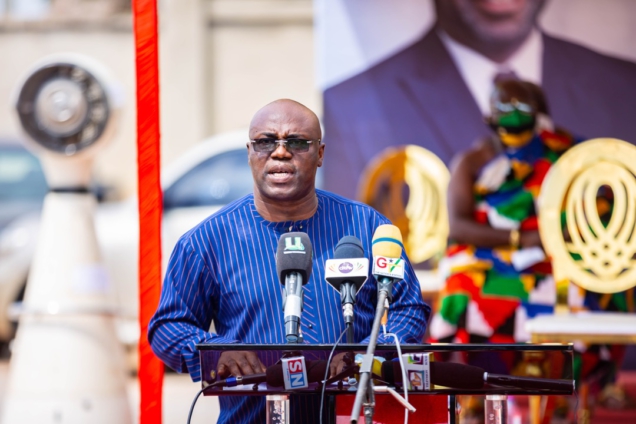 The Ghana Education Trust Fund (GETFund) Administrator says the Fund has received Parliamentary approval to bring to completion all awarded projects before 2017 and projects post-2017 to date over the next three years.

Dr Richard Boadu giving the background to this approval, stated that on March 17, 2022, the management of the Fund sought approval from the Board of Trustees for a three-year project completion plan in phases, and that this was granted.

He said this was part of a wider plan that included bringing to completion by the end of 2022 all pre-2017 E-block projects that had attained 70% completion to date.

He further stated that on March 23, GETFund presented its plan to the Education sub-committee of Parliament and that Parliament subsequently approved this in April 2022.

According to the Administrator, the total number of uncompleted projects awarded since 2017 currently amounts to 1,044 across the education spectrum.

This includes 544 at the basic level, two TVET centres, nine projects in model schools, 487 second-cycle projects and two at the tertiary level.

Dr Boadu indicated that this would be a mix of proceeds from bonds and GETFund annual budgetary allocations on the funding sources.

He expressed the Fund’s delight over the Parliamentary approval. “We are poised to usher the Fund into another exciting era to tackle once and for all the infrastructure landscape in our education system that is littered with many uncompleted projects,” he said.

The Administrator explained that since 2017, projects awarded have always had a funding source and measures put in place to ensure effective project management.

He assured Ghanaians that the Fund remains committed to its core mandate to provide the necessary support to educational institutions and help enhance teaching and learning across all levels of the sector.