GFA confirm Black Stars will be without Thomas Partey for Sudan qualifiers - MyJoyOnline.com 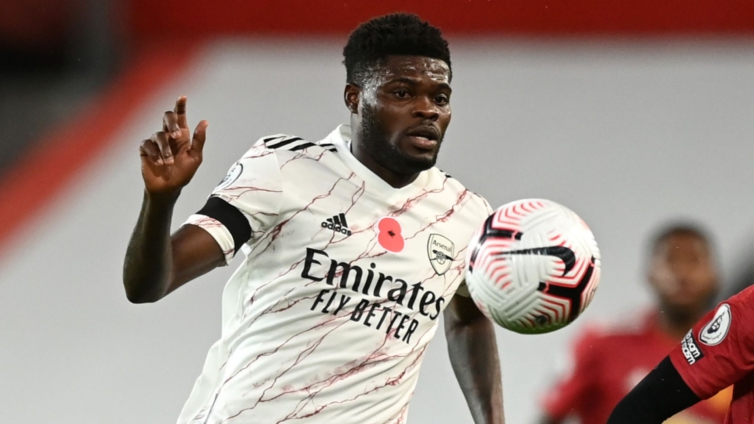 The Ghana Football Association (GFA) have confirmed Thomas Partey will not be available for the Black Stars in their upcoming games this month.

Partey has been ruled out of the 2021 Africa Cup of Nations (AFCON) qualifying double-header against Sudan.

The 27-year-old, who became Ghana’s most expensive player in October following his €50 million move to Arsenal from Atletico Madrid, is injured.

He suffered an ankle injury over the weekend when Arsenal suffered a shock 3-0 defeat at the hands of Aston Villa at the Emirates Stadium in the Premier League.

“Arsenal have confirmed that the player picked up a minor sprain in his ankle and would require treatment in London.

As a result, Partey, will not travel to Accra for the double-header against Sudan as he continues his treatment in North London,” GFA wrote on their website.

Partey is a key player and his absence is a huge blow, but coach Charles Akonnor will be hoping the available players will rise to the occasion.

Black Stars play Sudan in Cape Coast on Thursday, with the two teams meeting again next week Tuesday, this time in Khartoum.

Victories in two games will all but secure Ghana’s qualification to the Afcon to be staged in Cameroon.

Ghana have six points after two games, with closest teams in the group Sudan and South Africa having three points.