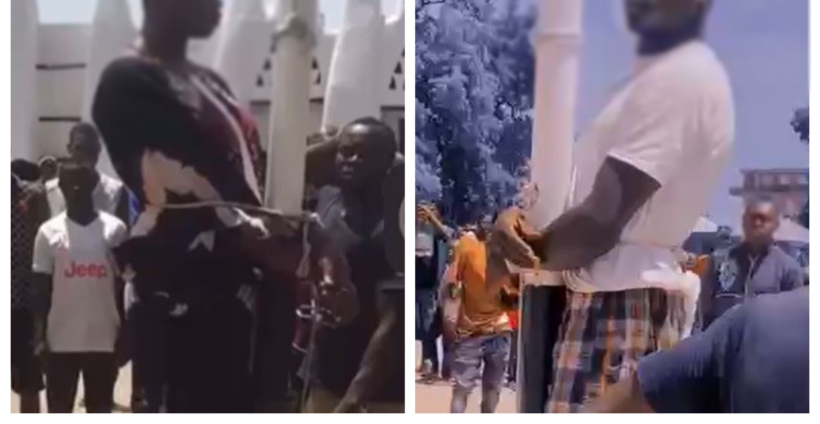 The Ghana Bar Association has condemned the flogging of two lovers at the forecourt of the Wa Naa’s palace in the Upper West Region.

In a statement dated June 1, the GBA stated that the flogging of the individuals was humiliating, dehumanizing and also an infringement of their fundamental human rights.

“The flogging of the young persons is antiquated, backward, barbaric and abominable, and the GBA condemns same in no uncertain terms. The barbaric act contravenes Articles 12 (2) and 15 (1) (2) (a) and (b) of the 1992 Constitution,” parts of the statement read.

In view of this, GBA has called on “the relevant security agencies to arrest all persons involved in the physical abuse of the two young persons, investigate the incident and ensure that the perpetrators are prosecuted in accordance with the law.”

On Tuesday, May 31, the lovers were reportedly beaten because they were seen in a sex tape that had gone viral on social media.

Reports indicate that the duo were arrested by some young men in the town and taken to the Palace. However, upon their arrival at the Palace, the Wa Naa was absent.

Following preliminary investigations, the police in the Upper West Region arrested three persons in connection with the flogging of the lovers.

The officers first arrested 32-year-old Bushran Khidiri, a phone repairer. He is alleged to be one of the young men who forced the young lady in the leaked sex video to the Wa Naa’s palace for the flogging.

The duo are alleged to be part of a meeting at the palace that ordered the flogging of the lovers.

Meanwhile, the Ghana Bar Association says they are keenly following the case and would provide any required legal assistance to the unfortunate victims of the lawless and barbaric act.

They have also called on the general public to desist from taking the law into their own hands by meting out punishments to people they suspect to have contravened the law or of having broken any moral codes of any community.

The GBA also urged “all Ghanaians and persons living in Ghana to respect the constitutionally guaranteed and fundamental human rights and freedoms of all persons as every individual’s right ends where that of another begins.”