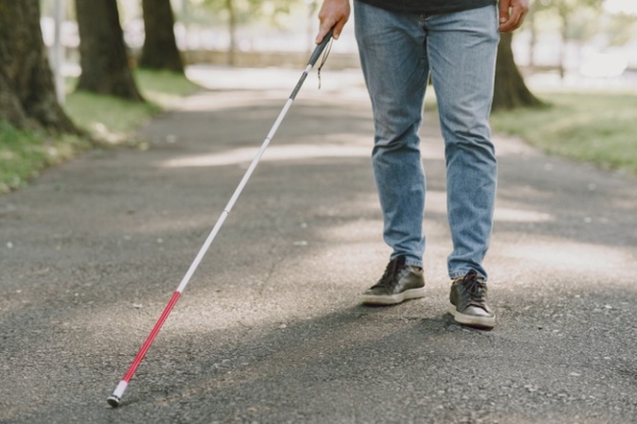 The Ghana Blind union in the Ashanti Region has appealed for public support to procure White Canes for members who cannot afford them.

In commemoration of International White Cane Day, which falls on October 15, the group embarked on an awareness campaign to educate the public on respecting the White Cane.

About 207,200 Ghanaians are blind, according to a study conducted by the Ghana Health Service in 2015.

The figure represents 0.74 per cent of the country’s 2010 population.

“Most of our people don’t have the white cane. So we’re appealing to the general public to come to our aid and support us financially, especially to help us purchase white canes for our needy members residing in the rural areas.

“The white cane costs ¢70 to ¢90. Also, the Union is beseeching the general public to support us financially to organize mobility training for the blind so they can efficiently use these white canes,” he said.

An estimated 5,000 persons with visual impairment in the Ashanti region lack white canes to aid them in walking. As a result, they are rather seen with people as aid.

The White cane, a walking aid to the blind, gives an identity to the visually impaired and informs the seeing world to accord respect to a blind person when crossing the road.