Ghana Decides: The Choice for Ghanaians 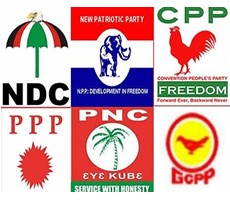 If there is ever a situation where the often-hackneyed political mantra – this is the most important election in our lifetime – rings true, Ghana’s upcoming election is it. The stakes in this election could not be any higher as the 6th successive election under the 4th Republic has the potential to be the most divisive and contentious elections in Ghana as a number of factors raise the specter of violence surrounding Ghana’s December 7th elections.

The vitriol rhetoric between the main political parties, residual tensions from the 2008 contest, and the high political stakes given that the winner will preside over Ghana’s newfound oil wealth. So, the critical and real choice facing Ghanaians will be the choices made in the immediate aftermath when all ballots are counted and there are winners and losers.

We are all too familiar with the bloodbath that has come to define the transfer of political power in most parts of Africa following disputed elections. Ghanaians have refrained from doing the bidding of power drunk politicians who are burnt on wrestling power even to the extent of throwing a country in turmoil to satisfy the political ambitions. So again, Ghanaians must choose to continue to be the paradigm of a thriving democracy, which heeds to the whispers of peace and tranquility or marches to the chants of violence and chaos.

Yes, in a multi-party democracy there will be differing and divergent sentiments and interests on top already divided tribal and ethnic splintered society. But we also know what we share in common is stronger and greater than what divides Muslims and Christians, Northerners and Southerners; rich or poor— the destiny of Ghanaians are inextricably bound by the search of a future of prosperity, a better Ghana. It is imperative that Ghanaians choose a future of unity and peace over chaos and destruction.

Instability in Ghana is most likely to come in the form of strikes, urban violence and crime, and political clashes exacerbated by ethnic rivalries. Another closely contested election along the lines of 2008 could conceivably lead to widespread violence led by agitated youths mobilized by political parties. Ghana has generally been free of political violence apart from the few isolated skirmishes.

Although some attribute Ghana’s success story to the assuring sentiment that Ghanaians are averse to violence, Ghanaians must be mindful of the fact that the ingredients – tribal divisions and allegiances, socio-politico factors – that have stoked political flames across the continent are also present in Ghana, and all it would take is one act stupid act of violence to trigger a civil war.

Ghanaians must not allow themselves to be lulled into perpetuating violence to further the selfish interests of any political party. As expected in a closely contested election when political dreams are shattered and the hands of the victor strengthens and the losing party feels hard done by and mobilizes, or organized “foot soldiers”/ unemployed youths and military intervention. Ghana’s long-standing history of stability would be tainted by any act of violence and would threaten foreign investments and economic growth.

At Ghana’s independence declaration 55 years ago, Kwame Nkrumah proclaimed that the new Africa must be ready to show the world that the black man is capable of managing his own affairs. In our lifetime, these words of Nkrumah still reverberate. Today, history has shown not only is the black man capable of managing his own affairs, but the black man is equally capable of managing the affairs of the whole world from the seat of the highest political office on earth. During the colonial era, Ghana chose to lead the independence movement and in so doing became the shinning Black Star. For over two decades, Ghana has chosen the path of democracy over dictatorship, and peace and stability over anarchy. Ghanaians have chosen to resolve their differences without bloodshed.

In his address to the country’s Parliament in Accra during his inaugural visit, Barack Obama, praised Ghanaians for “working hard to put democracy on a firmer footing” and for pulling off that rare African feat of “peaceful transfers of power, even in the wake of closely contested elections.” Paradoxically, Ghana’s experiences with democratic transfers of power may actually contribute to the animosity as both parties have now had a chance to sample the spoils of power. This election could invariably define and shape Ghana’s thriving democracy.

Ghanaians must choose to lead Africa towards breaking the cycle of political violence Again, the choice is whether Ghana will stay on track of stability and challenge its political resilience and stretch its institutions, choosing to be the shining star and pride of Africa and maintain a peaceful and united country over a chaotic and unstable one.