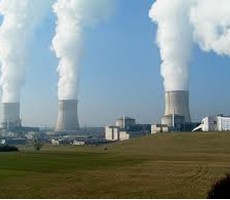 Professor Benjamin Jabez Botwe Nyarko, Director-General of the Ghana Atomic Energy Commission (GAEC) has revealed that Ghana could go nuclear by 2020 if consistent investment and commitment is shown by government.

Speaking on GTV’s Talking Point, he echoed the vision of Dr. Kwame Nkrumah in setting up the GAEC. He said success in use of nuclear energy “will enable us solve the many sided problems facing Ghana’s industrialization”.

Ghana is a signatory to the Non-Proliferation Treaty (NPT) to use nuclear energy for peaceful purposes and has since 2006 taken realistic steps to make this vision a reality.

It has set up a Graduate School of Nuclear and Allied Sciences to train Ghanaian professionals needed to man a nuclear facility. He said in the past those who were sent to study outside the country failed to return.

Ghana does not have a nuclear plant yet but the GAEC currently supports radiotherapy technology for the Korle- Bu and Okomfo Anokye Teaching Hospitals and is also using nuclear and allied technologies to enhance agricultural productivity.

Prof. Nyarko who is also an International Atomic Energy Agency (IAEA) expert said Ghana under the late President Evans Atta Mills, signed five conventions and treaties with the IAEA. An agreement was also signed in Vienna to support education, training and outreach in the nuclear field, in IAEA Member States in the Africa Region.

“The Russians are back” to finish off the construction of a nuclear plant Dr. Kwame Nkrumah, Ghana’s first President started in 1963″, he also said.

Public fears about the dangers of nuclear energy and radiation are exaggerated, he rationalized and said “radiation is everywhere…if you travel to London and back” you would have been exposed to radiation.

He said in 2008 government approved the introduction of nuclear energy as part of Ghana’s energy mix.

Head of the Nuclear, Division, Ministry of Energy, Isaac Ennison, a co-discussant corroborated Prof. Nyarko’s optimism and said a nuclear division within the Ministry was formed last year. It has so far formed “8 technical groups” including an “Environmental Assessment team”.

The Ministry would soon set up an independent regulatory body to enforce international safety rules.

Nuclear power was a better source of power because it does not produce carbon dioxide, a cause of global warming. It however produces radioactive materials that could affect the health of people living by if strict safety measures were not enforced.

He said public fears that the technology was unsafe showed that nuclear energy production was essentially a PR problem. “Proper education” was important to allay such fears.

He argued that one nuclear plant could produce a minimum of 1,000megawatts out of the stated 5,000 megawatts needed in Ghana. He said this energy is a necessary component for Ghana’s modernization and industrialization agenda.

Prof Nyarko concluded that despite the fact that 50 years on, nuclear energy does not contribute to Ghana’s energy needs, there is no reason to despair.