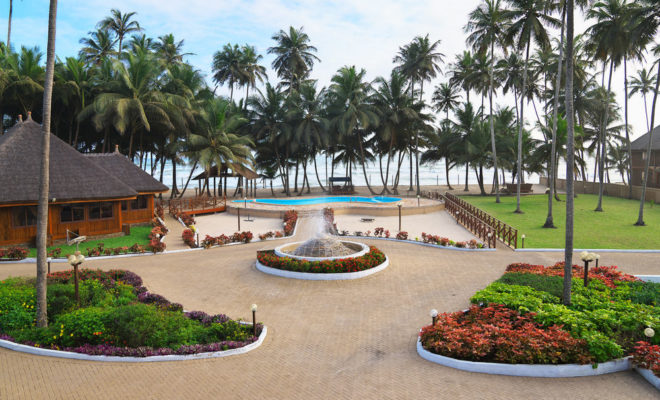 The leadership of the Ghana Hotels Association has called on the Ghana Water Company Limited to implement President Akufo-Addo’s directive of a three-month free water supply.

“What we do not understand is, since President Akufo-Addo announced free water for the months of April, May and June, Ghana Water Company still bills our Hotels in addition to the troubles we are going through during this coronavirus pandemic.”

Speaking to the Ghana News Agency on their plight on Monday, Dr Edward Nyamike-Ackah Jnr, President of the Association said although President Akufo-Addo in his fifth address to the nation said government would absorb all bills, Ghana Water Company was still billing their Hotels.
He asked if the Hotels were not part of Ghana to enjoy the packages announced by the President as part of mitigating measures to individuals and businesses.

He called on the Company and the Ministry of Sanitation and Water Resources to come out to explain for all Ghanaians to understand, why they were left out of the package.

Meanwhile, Mr Stanley Martey, Director of Communications at the Ghana Water Company told the Ghana News Agency in an interview that Hotels were not part of the package announced by the President in his fifth address to the nation.

He said: “Those who use water as an input or raw material for other products, or for commercial purposes are not included in the package.”
He said Hotels were purely commercial entities and therefore could not be part of a package that was meant for only domestic users.

He explained that the use of water was not free, but bills that government would pay, and it was difficult for government to be paying water bills for commercial bodies.

He called on the Association to meet the Ministry of Sanitation and Water Resources for further explanations on the exemptions.

DISCLAIMER: The Views, Comments, Opinions, Contributions and Statements made by Readers and Contributors on this platform do not necessarily represent the views or policy of Multimedia Group Limited.
Tags:
Akufo-Addo
Ghana Water Company Limited
Hotels