Ghana, Ivory Coast maritime boundary dispute to be resolved by June this year 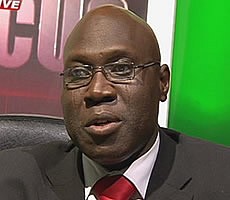 Minister for Lands and Natural Resources, Inusah Fuseini has expressed hope that the maritime dispute between Ghana and Ivory Coast will be resolved peacefully by the middle of the year.

This follows a joint committee set up by both countries, which is currently working steadily to address the matter.

The minister told Joy News, Friday, that the joint committee visited the disputed area to ascertain the geographical coordinates of that boundary post and progressively holding meetings to study the options that could help resolve the issue.

According to Inusah Fuseini, even though the boundary has been disputed by Ivory Coast, it is the starting point of negotiations between Ghana and Ivory Coast.

Both countries are claiming ownership of a territory in the maritime border of the two countries, which experts say holds about 2 billion barrels of oil reserves, as well as 1.2 trillion cubic feet of natural gas.

Ghana was the first to strike oil in the disputed C 100 area along the Tano basin, until Ivory Coast announced it had also struck oil in a block off its shore and adjacent Ghana’s jubilee field.

The minster for Lands and Natural Resources also pointed out that are negotiating both countries are resolving the issue within the framework of international law which recognizes that maritime boundary issues should be resolve by negotiation.

Failing to reach a peaceful and consensual agreement, the minster noted that parties could resort to the international tribunal and invite a neutral party to help resolve the issue.