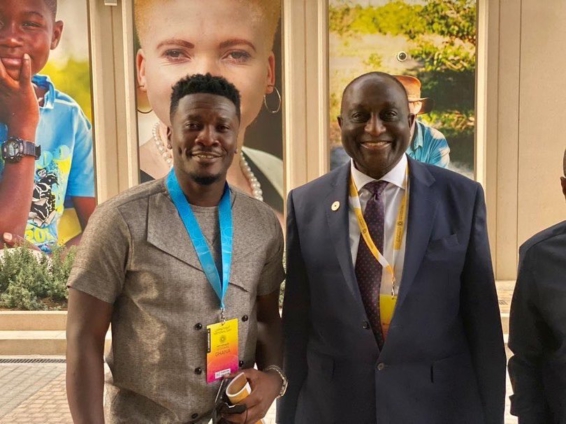 Former Black Stars skipper, Asamoah Gyan, was received well by some Ghanaian workers after making his entry to the Ghana Pavilion Tuesday, March 9, at the ongoing Expo 2022 in Dubai.

Gyan, who attended the event as an ambassador for Ghana was mobbed by the workers, with the latter using the opportunity to take pictures and get autographs with the veteran forward.

Known for his usual morale songs during his playing days with the Black Stars, the fans also sang to Gyan as he headed to the event.

Gyan, after the event also spent time at his former club in the United Arab Emirates, Al Ain, where he played for three years.

The 36-year-old ended his maiden campaign with the club as the top scorer after 22 league goals and helped them win their tenth league title.

He also finished the 2013 UAE season as the highest scorer as his side retained their league title.

Watch the video of how Asamoah Gyan was mobbed in Dubai below: