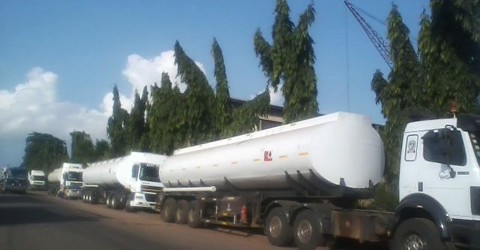 Ghana lost GH¢2.7 billion to fuel tax evasion and regulatory margins from 2015 to 2018, a 2018 Chamber of Bulk Oil Distributors Industry Report has stated.

According to the report, the amount was from official unaccounted stocks and accounted sale volume.

This implies that the country has lost a total of GH¢2,559.06mn in taxes for the period 2015 to 2018 when the petroleum tax regime was materially varied upwards, first with the SPT in December 2014 and the ESLA in December 2015.

Despite this loss, the country was able to save about a billion cedis which could have been lost through smuggling of the products.

The report showed that due to the activities of the National Petroleum Authority with the collaboration with other government agencies managed to block the sale of these smuggled products.

The report also showed that in 2018, no loss related to unaccounted stocks is estimated as it was revealed that 574.25mn litres more than the official stocks saleable in the country were sold.

This indicates that smuggled stocks in the monitored depots must have been trapped as a result of the NPA’s regulatory interventions to curb the illicit trade of petroleum products and forced to be sold through official channels. This nonetheless did not eliminate the under-reporting of taxes on official sales by GHS433.75mn in 2018 after adjusting for tax exemptions and waivers.

The associated petroleum tax revenue evasion to these stocks stands at GHS1,438.75mn while the associated evaded regulatory margins amount to GHS238.96mn.

The NPA, aided by elements of the central government made progress towards tackling the challenges of smuggling and tax evasion some of which were covered in the 2017 CBOD industry report.

This was a welcome move in the industry and yielded tangible results even though there remains a lot to be done to bring sustainable finality to the illegal trade. The interventions by the NPA minimised the evasion of official channels of distributions and hence an increase in official volumes of the most tax-evaded products, AGO regular and PMS, which shot up by 17% and 19% respectively.

However, a total haircut accepted by BDCs amounts to $432.00mn. This showed that progress has been made by the government in clearing the legacy debts to BDCs with the payment of all outstanding principal sums ($427.11mn) and the validation of the interest components.

Consumption levels in the country

This rode on the back of successes realised in the fight against the illicit petroleum trade, thereby increasing official demand for gasoline, gasoil and LPG. This volume of consumption is the highest observed to date. In terms of storage, the capacity reached 2.18mn m3 in 2018 from a national storage capacity of 2.093mn m3 in 2018. This followed the completion of a 69,059m3 storage capacity by Quantum terminals and GOIL’s 13,500m3 Marine Gasoil Facility at the Takoradi Habour.

Contrary to expectations that deregulation will enhance the commercial viability of BDCs as a result of the elimination of unfunded subsidies, it is increasingly evident that excessive competition among BDCs is yielding significant trading losses which are unsustainable by the equity capital of BDCs.

DISCLAIMER: The Views, Comments, Opinions, Contributions and Statements made by Readers and Contributors on this platform do not necessarily represent the views or policy of Multimedia Group Limited.
Tags:
Chamber of Bulk Oil Distributors
Fuel Tax evasions