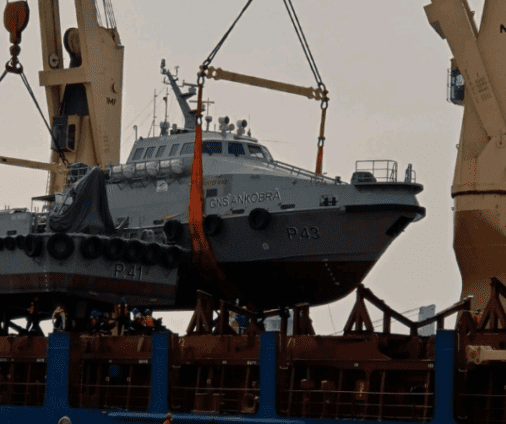 Majority Chief Whip, Frank Annoh-Dompreh announced this in a tweet on January 13.

According to him, the provision of the vessels goes to show the Akufo-Addo government’s commitment to invest and improve the defensive capability of the country’s forces.

The Nsawam Adoagyiri MP further noted that the vessels will among other things enhance the country’s maritime security, protect offshore oil and gas installations.