Ghana not shortchanged in contract mining – Chamber of Mines president 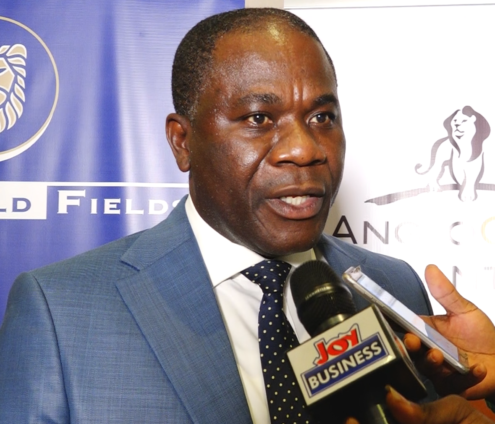 President of the Ghana Chamber of Mines, Eric Asubonteng

The President of the Ghana Chamber of Mines, Eric Asubonteng, says a mining company’s resolve to transition from owner mining to contract mining will not shortchange the country.

According to him, contract mining shouldn’t become a sensitive issue.

“A company can be mining on its own, employing Ghanaians, paying taxes and being of benefit to the community whereas it can also contract it out to another company which would similarly contribute to the development of the community.”

The Chamber of Mines President in an interview with JOYBUSINESS at the 6th Ghana Mining Industry Awards (GMIA) said, “Ultimately companies would have to assess their business plan and see what is best for the viability and sustainability of their businesses but in the long run, the country is not shortchanged.”

This followed a decision by the Accra High Court on 2 March 2018, dismissing an injunction application by the Ghana Mine Workers’ Union’s (GMWU) which sought to restrain the Company from issuing severance letters to employees who will be affected by the contract mining operation.

Meanwhile, the Minister of Lands and Natural Resources, Kwaku Asomah-Cheremeh, who joined virtually called for a joint collaboration between players in the mining sector and government to make the sector robust to stimulate sustainable growth.

“Government’s policies on mining lies within the framework of the Africa Mining Vision, which champions local content and promotes linkages in development and needs the support of all stakeholders,” he said.

The awards event was organised by the Ghana Chamber of Mines in collaboration with the Ministry of Lands and Natural Resources, the Minerals Commission and the Environmental Protection Agency (EPA).

It was held to reward excellence in the mining sector.

The 2019 Mining Company of the Year award was presented to AngloGold Ashanti Iduapriem Mine for its outstanding performance in environmental management, corporate social investment, occupational health and safety, mining innovation and fiscal contributions.

Meanwhile, Newmont Ghana’s Ahafo and Akyem mines were winner and runner-up respectively in the Best Performer in Environmental Management category.

Abosso Goldfields Limited Damang Mine bagged the awards for Corporate Social Investment and Innovation, while Golden Star Wassa Ltd won the Best Performer in Occupational Health and Safety. It also won the Community Safety Brigade of the Year.

The Board Chairman of the EPA and former Managing Director of AngloGold Ashanti Obuasi, Kwesi Enyan, was presented with the Lifetime Achievement Award for his contribution to the growth of mining in Ghana.

The Technical Advisor to the Minister of Lands and Natural Resources, Benjamin Aryee, was among other persons who were presented with honorary awards for contributing variously to the mining sector.