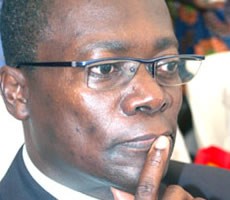 Authorities of the Ghana Gas Company say they will begin processing gas for commercial and domestic use by end of June 2014.

According to them, this will help reduce the power outages currently being experienced in the country.

The company has revealed that construction work on the Atuabo gas plant is more than 80 percent complete.

When completed, the plant will draw gas from the Jubilee Fields to power the Aboadze thermal plant, among others.

There have been concerns the persistent delays in the completion of the Atuabo gas plant may be one of the causes of the power crisis currently being experienced across the country.

Dr. Sipa- Yankey said even though the company failed to meet its own timelines, it cannot be blamed because the Finance Ministry failed to release funds on time for the project.

He was however hopeful that work will be completed by the June deadline.