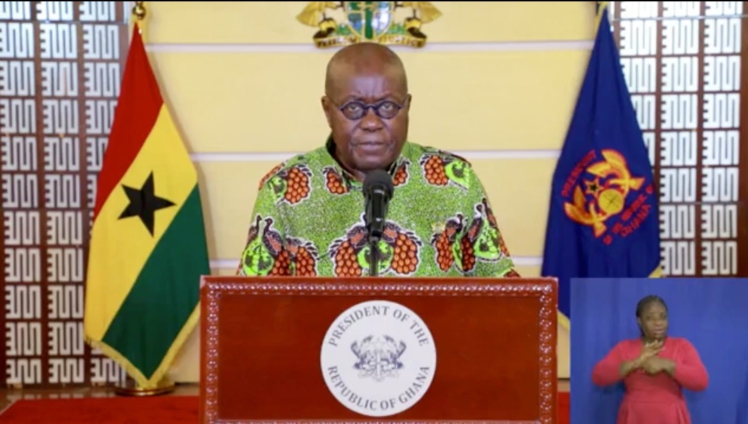 President Akufo-Addo, on Sunday, said until the country vaccinated the requisite number of Ghanaians and achieve herd immunity, the Imposition of Restrictions Act, 2020 (Act 1012), will remain in force.

He said enforcing restrictions as the mandatory and safety protocols, would help return life to normalcy, and the security agencies would not relent in their efforts to enforce it.

President Akufo-Addo, in his 25th televised address to the nation on measures taken against the spread of the COVID-19 pandemic, encouraged the public to continue to adhere to the safety protocols since the reward for compliance had led to favourable scenarios in the fight against the pandemic, and resulted in the easing of some earlier restrictions.

Again, the rate of infection had dropped significantly from 400 a day since his last address to the nation, to less than 100 now, and the number of persons who had recovered from the virus had also increased from 77,972 to 91,146 within the same period, he said.

However, 176 more persons had lost their lives within that same period, but cumulatively, the country had conducted 1,121,168 COVID-19 tests.

President Akufo-Addo said although the rate of infections had significantly reduced since the last update, it should not lure the public into a false sense of security, but rather spur them on to continue to adhere to the safety protocols.

He said he was optimistic that the national economic and social life could return to normalcy if citizens cooperated and worked together and encouraged all those who were eligible to get their second jabs, to go out and get vaccinated when they were called to do so.

DISCLAIMER: The Views, Comments, Opinions, Contributions and Statements made by Readers and Contributors on this platform do not necessarily represent the views or policy of Multimedia Group Limited.
Tags:
Covid-19
Covid-19 Restrictions
President Akufo-Addo