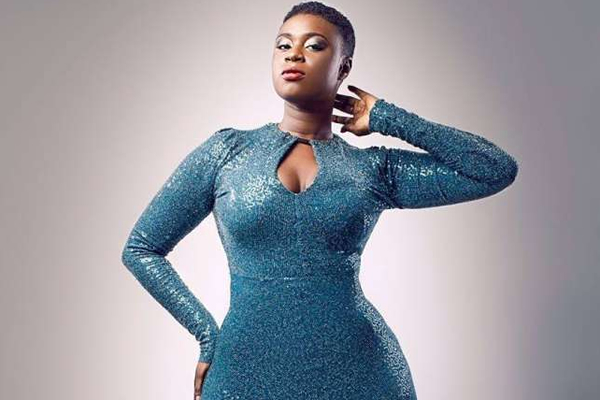 Actress Bibi Bright says she is outraged by what she described as a growing number of gays in Ghana.

She disclosed that it is almost hard nowadays to find a strong black man in Ghana who is not a gay. She described the situation as sad and made a plea to churches to rise up and do something about it.

Bibi, who made the claims on a social media on Monday, said most pubs in Accra have become a hub for gay activities.

“Gone were the days that you will see a strong black man and be like damn that a real man there, today you see them and they turn out to be gay. Women are turning into fathers because the men stopped been responsible and father figures. It’s really sad how the ‘black king’ is now some other man’s sexual fantasy down in Osu, Adabraka, Labadi bent over with another man sticking inside him. What kills me is when you find out that there are high men in society who are using money and material gifts to lure in boys as young as SHS levels into their beds,” she said on Facebook.

“A man goes for a job interview and his future depends on him sleeping with his fellow man before he gets the job. Ghana must rise up cs our MEN are turning gay and it’s sickening! Pastors need to preach more about such issues rather than tithing and giving to church,” she added.

The comment comes not too long after President Akufo-Addo made it clear that same-sex marriage is not on the agenda of the country, as he considers it against the Ghanaian culture.

“At the moment, I don’t feel and I don’t see that in Ghana there is that strong current of opinion that is saying that this is something that we need even deal with. It is not so far a matter which is on the agenda,” President Akufo-Addo had told Aljazeera in an interview in November 2017.

There have been reports of Ghanaian homosexuals marrying out of the country. In September 2017, reports surfaced of one of Ghana’s foremost second cycle institutions, Achimota Senior High School (Motown), of recording its first openly celebrated gay marriage.

That was when an alumnus of Motown (91 Year Group), Stephen Anertey Caesar, reportedly tied the knot with his Canadian male partner, Ryan Lathrum, at Sonoma Valley in America.

Later, two women believed to be citizens of Ghana were also reported to have tied the knot in a lesbian marriage in Holland, where reports suggest they reside.

But there are yet-to-be reports of homosexuals marrying in Ghana.