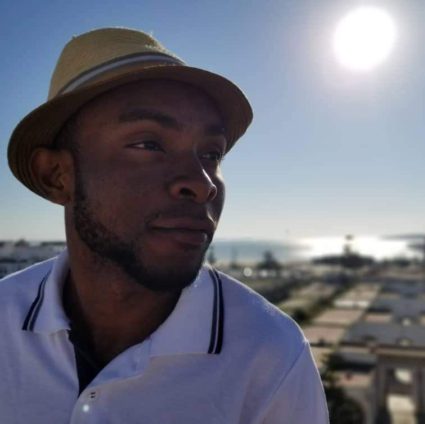 JoySports Editor, Gary Al-Smith has recounted the opportunities he has lost in his career because he only had a Ghanaian passport.

According to the award-winning journalist, he missed the chance to film some documentaries and cover some stories abroad due to the delay in his visa acquisition and approval.

He made this revelation when he took his turn on Moments with Joy on Friday, October 22.

“Elsewhere, if you get an invitation to any big event within a short notice, you’re considered and given a chance (visa) to execute your duties.

“I really wish I could have made a play to go abroad sooner to have another passport apart from the Ghanaian passport. That’s mainly because of the international journalism leanings that I have had over the years. Because over the past 10 years it’s been too stressful to use a Ghanaian passport to get things done. The bottlenecks are numerous,” he articulated.

Speaking about his career journey, Mr Al-Smith said he takes every opportunity given him seriously.

He believed that no platform hosting him is too small, adding that “I prepare very well and put in my best.”

Being a big fan of Reggae Dancehall artiste, Shatta Wale, the sports journalist, described the musician as “a flawed genius.”

This week, the singer, born Charles Nii Armah Mensah Jr, had been in the news following his arrest and subsequent remand into prison custody.

The musician was trolled on social media for days.

Therefore, speaking as a Shatta Movement (SM) fan, Mr Al-Smith said, “I like Shatta Wale because he is direct as I am. I handle social media trolls like I handle people. If you come at me, I will come at you.”

On family issues, he said, “I am an advocate of keeping your children off the internet; my wife wants to be able to walk freely in town without being recognised. I have a small code because I am very much attached to my son, and I am very biased towards family.”