Ghanaians cannot rely on Parliament to regulate itself – Dr. Draman 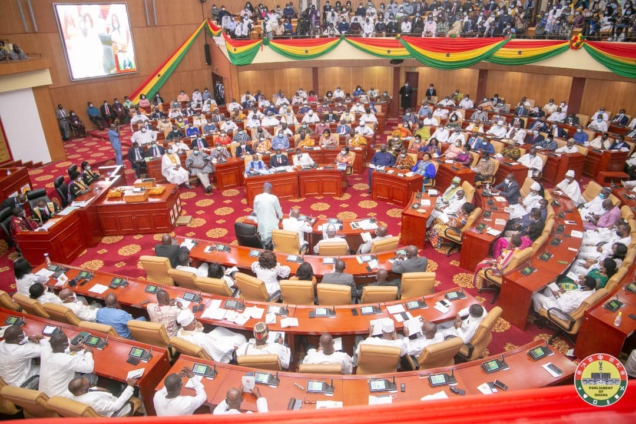 Executive Director, Africa Centre for Parliamentary Affairs, Dr. Rasheed Draman, says it is quite clear Ghanaians cannot rely on Parliament to regulate itself.

He was reacting to the Privileges Committee report on the status of Dome Kwabenya MP, Adwoa Safo’s seat in the house as to whether her seat should be declared vacant or otherwise.

The Privileges Committee’s report was unable to come to a conclusive determination citing the inability of Adwoa Safo to present herself before the Committee.

“Suffice it to say that when it comes to regulating itself Parliament is continuously failing the people of this country. Because how can a Privileges Committee meet on this matter that the Right Honourable Speaker says is of a lot of public interest, provide all the opportunities that they can in today’s technological era in which we live and the Member refuses to take advantage of all the opportunities that were given to her and the Committee is comfortable that this is okay.

“This is okay and we can take it like that and we gave her the opportunity, she didn’t take the opportunity and then she’s not in contempt of Parliament. I find it very difficult to understand,” he said on JoyNews’ PM Express.

He further added that it is most baffling the content of the report taking into consideration the kind of pronouncements the Chairman of the Committee had been making prior to the release of the report.

“Without seeing the report the impression that all of us got particularly because the Chairman came out and made pronouncements at the time of this report was not a public document, I think we all believed that that was the conclusion of the Committee.

“And I find it very difficult to understand how senior parliamentarians will sit and work at the level of a Committee and then we’re hearing different conclusions that are completely different from the report that the Committee has put together. All this to say, I think it is an indication clearly that we cannot rely on Parliament to regulate itself,” he said.

Dr. Draman has thus suggested that if the house is unable to regulate itself as the constitution prescribes, then it should review the constitution to adopt a pathway of less resistance that can be implemented to sanction absentee Parliamentarians.

“And let me go to the framers of the constitution, as the Right Honourable Speaker said declaring a seat vacant and denying a people of representation is a serious matter, and this is the first time this has been put to a real test. And it looks like we don’t have the courage to walk that path to its logical conclusion.

“And that is why if you go to a lot of northern European countries in their Parliaments, they completely avoided going that route. So the options that they have adopted I believe knowing that perhaps they cannot regulate themselves and they cannot be harsh on their fellow members they adopted a financial sanction kind of model. When you’re absent from Parliament for a number of days and so on and so forth, I think you get punished by the financial benefits that you receive from Parliament,” he said.

DISCLAIMER: The Views, Comments, Opinions, Contributions and Statements made by Readers and Contributors on this platform do not necessarily represent the views or policy of Multimedia Group Limited.
Tags:
Dr. Rasheed Draman
Parliament