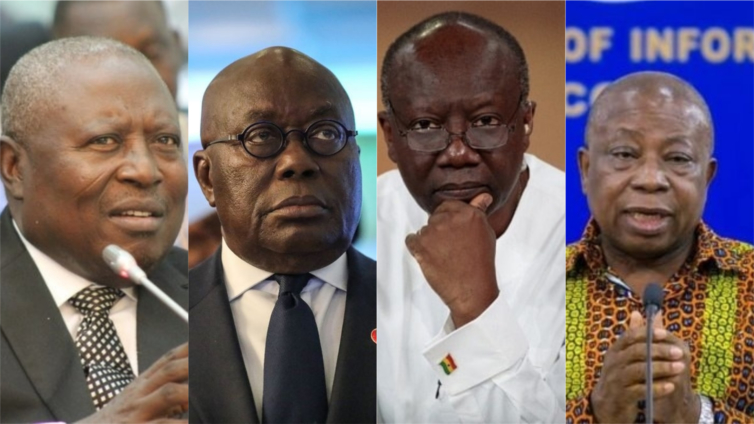 The former Special Prosecutor, Martin Amidu, has cast doubt on whether the Health Minister, Kwaku Agyeman-Manu, is the only government official involved in the botched Sputnik V vaccine procurement deal.

Mr Amidu, in his latest epistle, is certain that the Executive arm of government led by President Akufo-Addo was well apprised with the transaction.

He, therefore, believes the government is only using the ad-hoc Parliamentary Committee set up to investigate the murky deal as a facade to cover for the real culprits involved in the misconduct.

“From my experience working with President Akufo-Addo, I can bet my last pesewa that the report of the ad-hoc parliamentary committee on the Sputnik V – Covid-19 vaccine procurement was just a smokescreen behind which to exonerate and whitewash all the suspected unconstitutionalities and illegalities committed by the government in the procurement contract and payment for the vaccines.

“Ghanaians must be hallucinating to think that the Minister of Health, whom I have known since our Commonwealth Hall days in the 1970s, would have had the temerity to have executed the Sputnik Covid-19 procurement contract without executive approval by the Mother of the Government,” he noted.

Calls for Mr Agyeman-Manu to resign have exceedingly increased following revelations in the report of the Parliamentary Committee that probed the Sputnik V vaccine contract.

The ad-hoc committee set up concluded that government paid Dubai-based businessman Sheik Al–Maktoum ¢16 million for the vaccines despite claims by the Health Minister under oath that no money was paid.

But according to Mr Amidu, it was the Finance Minister, Ken Ofori-Atta who made the payment of ¢16 million without Parliamentary approval, thus, he should equally be held responsible for such malfeasance.

Citing the interview Mr Ofori-Atta granted the Norwegian journalist, Mr Amidu stressed that indeed, the executive had a hand in the controversial deal.

“In an earlier interview, the de facto co-President and Minister of Finance gave to a Norwegian journalist in June 2021 his language in response to the interrogatories from the Norwegian journalist was couched in terms of “the royal we” – meaning he was speaking on behalf of the Akufo-Addo government.

DISCLAIMER: The Views, Comments, Opinions, Contributions and Statements made by Readers and Contributors on this platform do not necessarily represent the views or policy of Multimedia Group Limited.
Tags:
Covid-19
Martin Amidu
President Akufo-Addo
Sputnik V vaccine