Ghana’s development is like being on the high seas, going round in circles – Capt. (rtd.) Sowu 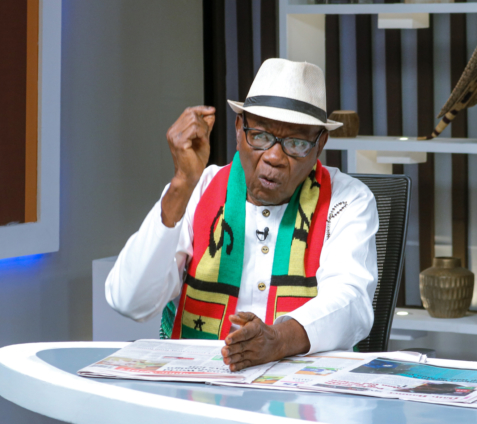 According to him, Ghana as a country, is confused and does not know where it is headed, especially with regards to its development path.

Speaking to Host of Prime Morning Tuesday, the Senior Citizen said leaving the nation’s development in the hands of ruling governments will not yield any progress.

“We are in the high seas, going round in circles. We talk about ships of state. There is a reason why we talk of ships of state. Because when a ship is going to set sail, it has a destination where it is going and before a ship sets sail; it goes to the chart room to plan the direction of the ship.”

“When there is a change of captain of the ship of state, the new captain does not come and say, I will change the course because when you change the course, you will find yourself going back in circles and we are going nowhere,” Capt. (rtd.) Sowu said.

There have been calls for the various political parties to be compelled to align their manifestos to the National Development Plan.

The objective is to among other things, make Ghana chart a common development path irrespective of the political party in power and to avoid ruling governments abandoning projects of their successors, especially when they hold different political ideologies.

Capt. (rtd.) Sowu also questioned the kind of democracy practiced in Ghana; defining it as a government of the party, for the party and by the party; contrary to the ideal one postulated by Abraham Lincoln.

He also blamed the politicisation of the National Development Planning Commission by successive governments and called for its reconstitution to wean it from political interference.

DISCLAIMER: The Views, Comments, Opinions, Contributions and Statements made by Readers and Contributors on this platform do not necessarily represent the views or policy of Multimedia Group Limited.
Tags:
Captain Joel Kwame Sowu
Ghana's development
Joy Prime
Prime Morning