Ghana’s economic health in coming years to depend on reduction of deficit and debt – Oxford Business Group - MyJoyOnline.com 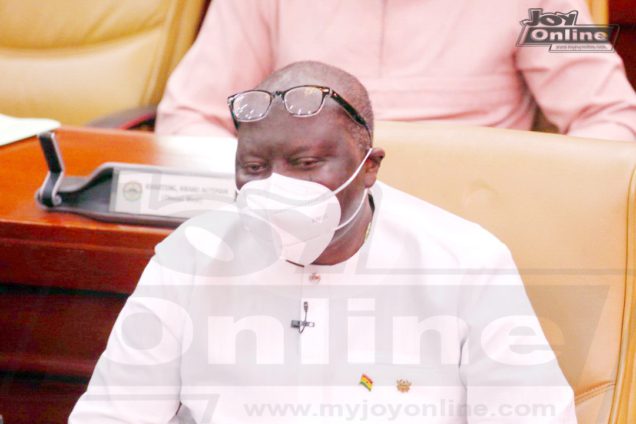 Ghana’s economic health in the coming years will depend greatly on the ability of the government to implement further fiscal consolidation, with targets for 2022, including a primary surplus of 0.1% of Gross Domestic Product (GDP) and a fiscal deficit of 7.4% of GDP, the Oxford Business Group has revealed.

“Achieving the country’s fiscal goals will require discipline, but Ghana has repeatedly demonstrated its ability to navigate major economic and financial challenges. Its [Ghana] young population provides ample dynamism, and GDP growth is well positioned to accelerate in the short to medium term thanks to a raft of structural reforms”, it said.

The government is aiming for positive primary surpluses in 2022-25, with the fiscal deficit returning to the threshold outlined in the Fiscal Responsibility Act – suspended during the pandemic – of not more than 5% of GDP by 2024.

Additionally, it pointed out “the country’s experience capitalising on its variety of natural resources, coupled with its growing e-finance and commerce sectors, also stand it in good stead as the pandemic [COVID-19} continues into 2022.”

Despite ongoing uncertainty at the global level, the Oxford Business Group said “a budding confidence is present in Ghana that is starting to be reflected in domestic and international investment levels”.

However, it stressed the work to finalise the 2022 budget illustrates the challenges facing Ghana’s economy.

“With financing the public debt a rising concern – Fitch estimated that general government interest payments on debt would take up 47% of government revenue in 2022 – the leadership is under pressure to raise income, while also maintaining and even expanding programmes in welfare, infrastructure and job creation. And it must balance these priorities in a world that is not quite past the pandemic”.

The 2021 budget began a process of fiscal consolidation with increases in the National Health Insurance Levy and the Value-Added Tax rate of 1.0 percentage point each. Other levies were imposed on polluters, fuel and financial sector profits.

The 2022 budget therefore set out plans for further consolidation.

It introduced a 1.75% tax on electronic financial transactions to support infrastructure and transport projects. After much criticism, however, the rate was lowered to 1.5% in late January 2022 and remained under review by Parliament as of February 2022.

At the same time, certain discounts on import fees have been removed, motorway tolls abolished and tax-free thresholds hiked to encourage economic activity.

The projected expansion in the tax base due to the national identification card programme and other digitalisation initiatives, Oxford Business Group, said will – by government estimates – help secure a minimum of 3% of GDP in extra revenue.