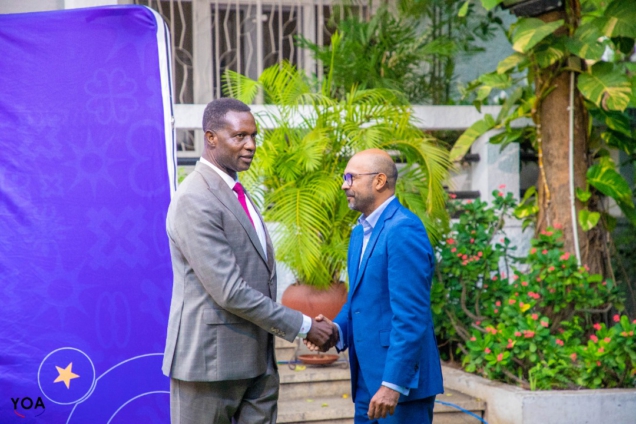 The European Union (EU) Ambassador to Ghana, Irchad Razaaly, has called for the nation’s education to be focused on developing attitudes, skills and knowledge to enable products of the system make informed decisions for the benefit of themselves and their communities.

He commended the government for the effort made so far in transforming Ghana’s education and pledged the EU’s support in this regard.

He explained that “learning in European Union centres of excellence represents a huge opportunity for the youth”.

The EU Ambassador encouraged more students and universities to join the Erasmus+ network and embrace the new exciting opportunities offered by the new phase of the programme.

The Education Minister, Dr Yaw Osei Adutwum, on his part, lauded the EU for its support for the development of the country, especially the education sector.

He announced that the attainment of the targeted 40 per cent Gross Tertiary Enrolment Ratio (GTER) by 2030 required the collective effort of all sectors and stakeholders in the nation’s education.

The Education Minister explained that although it was President Akufo-Addo who spearheaded the attainment of the 40 per cent GTER, “there was the need for all stakeholders in the country’s education to contribute their quota towards the attainment of the target which could propel our development agenda”.

Dr Adutwum announced that from next academic year, the country would start using the German dual education system which allowed students to study in school and also engage in industrial attachment alongside different time schedules.

This, to him, would ensure that “students would acquire the right skills needed before they graduate from Technical and Vocational Institutions across the country”.

He stated that everything possible is being done to ensure good collaboration between industry and academia towards the adoption of the dual system of training students.

Erasmus+ is the EU’s largest flagship initiative to support education, training, youth and sports in Europe.

Established in 1987, Erasmus+ enabled the mobilisation of more than four million students and staff from across the globe to Europe. Between 2004 and 2021, about 1,200 students and staff moved from Ghana to Europe for short-term and almost 400 students benefitted from scholarships for joint master’s degrees.

Through a bottom-up programme with annual calls for proposals, Erasmus+ provides a range of opportunities that have an international dimension, both exchanges as well as youth empowerment through education.

This year marks the 35th anniversary of Erasmus and the launch of the new phase of the programme: Erasmus+ 2021-2027.

This represents an exceptional opportunity to highlight the fruitful partnership between the EU and Ghana in education and discuss the potential for a new ambitious partnership offered by Erasmus+.