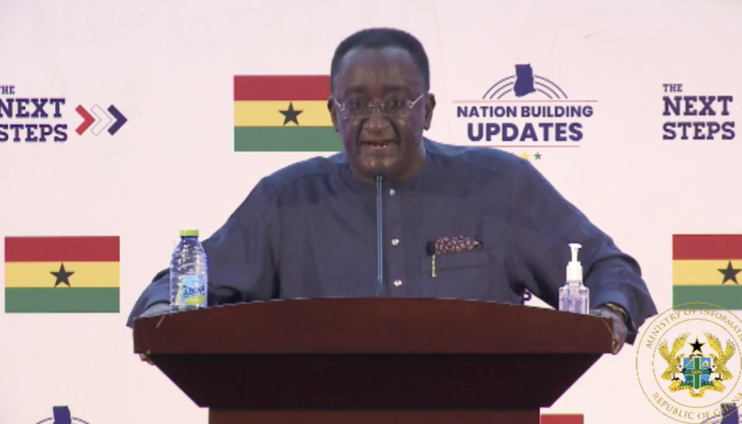 The Minister of Food and Agriculture, Dr. Akoto Afriyie, says he is optimistic about the country’s food security.

Per his assessment and following regular annual engagements with farmers, he is certain there has been a boom in agricultural harvest for 2022.

“From my few visits so far, my assessment is that, on-going harvest will be good this year, and our food security situation remains strong,” he said in his speech at the 38th celebration of National Farmers’ Day.

The Minister also spoke of government’s support for the agricultural sector over the past five years, stating that nearly GH¢2.5 billion subsidies had been spent on improved seeds and fertilizers.

He commended farmers for their commitment to safeguarding the food security of the country.

The 38th National Farmers’ Day was celebrated on Friday, 2nd December, at the Koforidua Jubilee Park in the Eastern Region.

The occasion was themed, “Accelerating Agricultural Development through Value Addition.”

Mr. Nana Yaw Sarpong Siriboe, a 43-year old farmer from the Juaben district in the Ashanti Region, was crowned the best farmer for 2022.

The Agric Development Bank (ADB) gifted him with a cash price of GHC1 million, which was presented to him by President Akufo-Addo, the special guest of honor for the event.

Additionally, he was given a complimentary two-day vacation, courtesy of the Peduase Valley Resort.

Along with Mr. Siriboe, 14 other people received awards for their accomplishments.

DISCLAIMER: The Views, Comments, Opinions, Contributions and Statements made by Readers and Contributors on this platform do not necessarily represent the views or policy of Multimedia Group Limited.
Tags:
Agric Minister
Food security