Ghana’s Parliament ranked 1st among 13 others in OPI Report 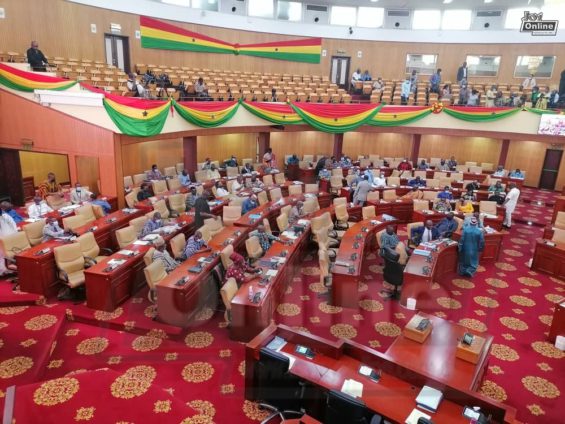 The Majority were in Parliament ready for business

The Africa Open Parliament Index (OPI), a joint effort of the Africa Parliamentary Monitoring Organisations Working Group, has ranked Ghana’s Parliament the 1st among 13 other African parliaments in its report.

With an overall score of 63.03 percent, Ghana’s Parliament led the Cape Verdean Parliament, which scored 61.86 percent, taking the second position.

Sierra Leone placed third with 57.97 percent; Nigeria came fourth with 49.21 percent; Benin was fifth with 45.32 percent; The Gambia took the 6th position with 45.03 percent, and Cote D’Ivoire seventh with 43.86 percent.

The OPI is a tool that periodically explores and measures the level of openness of legislative assemblies in Africa.

It uses the three criteria of Open Parliament, namely: Transparency, Civic Participation and Public Accountability, to evaluate parliaments across the Continent.

The Executive Director of Parliamentary Network Africa (PNAfrica), Sammy Obeng in his presentation said the OPI was to strengthen parliaments through CSO-parliament collaborations.

He said it was developed with three specific objectives; to identify, compare, and exchange knowledge and best practices among parliaments and CSOs that worked with parliaments and to foster collaboration towards achieving the principles of open parliament.

“It makes recommendations, which when pursued diligently over time, can show real progress and improvements in the level of openness in the assessed parliaments,” he said.

Mr. Obeng said the combined indicators used for the Index were from global best practices, minimum standards in transparency, civic participation, and public accountability, to objectively and independently rank the parliaments of the selected countries in a way that identified the success stories and the open parliament gaps.

The Speaker of Parliament, Alban Bagbin, urged Civil Society Organisations to actively participate in the legislative processes of the country to improve democracy.

The maiden OPI results were presented to the Speaker by the PNAfrica and the Ghana Parliamentary Monitoring Organizations Network (GPMON).

The others are; the Africa Parliamentary Press Network (APPN); the Pan African Parliament Civil Society Forum, which is coordinated by the Centre for Human Rights of the University of Pretoria, and Parliamentary Network Africa.

DISCLAIMER: The Views, Comments, Opinions, Contributions and Statements made by Readers and Contributors on this platform do not necessarily represent the views or policy of Multimedia Group Limited.
Tags:
Alban Bagbin
OPI Report
Parliament of Ghana
Speaker of Parliament