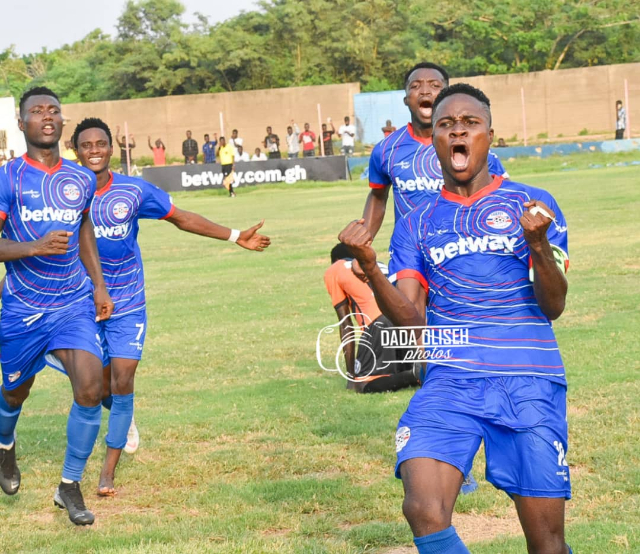 Matchday 6 of the 2019/20 Ghana Premier League season began on Friday with two matches taking place in Sogakope and Accra.

The first game happened in the afternoon between WAFA and Liberty Professionals. The Scientific Soccer lads inflicted the first defeat of the season on the Academy boys as they earned an unlikely 2-1 victory.

Liberty opened the scoring for in the 30th minute through Elvis Kyei Baffour, who picked himself up to convert a penalty after Abukari Ibrahim brought down the striker in the box.

On 71 minutes, Samson Agyapong curled a sweet effort into the net to draw WAFA level, shortly after coming on as a substitute.

However, Alhassan Mubarak scored to win all three points for the visitors in the 78th minute.

The second game was played at the Accra Sports Stadium where Legon Cities secured their first victory of the season after beating Bechem United 1-0.

Jabila Abdulkarim scored with a direct free kick in the fourth minute.

The matchday 6 continues from Saturday through to Monday with top-linear being Hearts of Oak v Asante Kotoko.

Read Preview for other games.

DISCLAIMER: The Views, Comments, Opinions, Contributions and Statements made by Readers and Contributors on this platform do not necessarily represent the views or policy of Multimedia Group Limited.
Tags:
GHPL
Legon Cities
WAFA