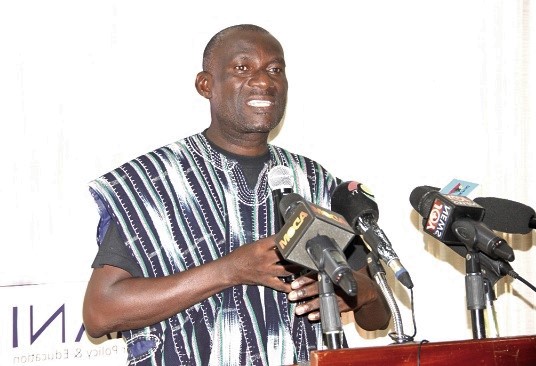 President of the Ghana Independent Broadcasters Association (GIBA) is calling for an independent probe on the alleged brutality on Citi FM journalist, Caleb Kudah by the National Security operatives.

According to Andrews Danso-Ahenkorah, a probe into the matter by National Security operatives may not yield satisfying results, hence the need to set up an independent body of inquiry.

“It becomes an issue of doubt when the National Security is been fingered for doing something untoward and asking them to probe the situation. If it was something internal for them they could go ahead and do that but once the accusation is coming from outside and until they heard voices and protests from public space they came out with that statement.

“I think it will be better for us to get an independent group which will do a thorough investigation and then get descend to the very abyss of such situations and recommends lasting solutions to this activities,” he said on Top Story, Friday.

Mr Danso-Ahenkorah’s comment was in response to the arrest and alleged manhandling of the Citi FM journalist for filming vehicles left to rot in a National Security installationin Accra.

According to the journalist, he was slapped and kicked in the groin during interrogation by the security personnel at the facility.

However, the President of GIBA indicated that all necessary measures to ascertain the facts of the matter must be employed in order to secure the safety of media practitioners in the country.

He stated that his outfit will make sure that justice is well served for “our members and everything we believe that has to be done with this one as far as this one is concerned.”

Meanwhile, the management of Citi FM has petitioned the National Media Commission (NMC) to probe the circumstance under which the journalist was arrested.