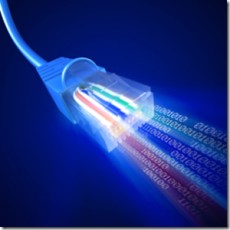 The Ghana Investment Fund for Electronic Communications (GIFEC) says it is set to extend telephony access to very remote areas of the country.

Over 60,000 people in 30 communities already have mobile telephony access through the project.

With the current telecom revolution, channels of communication are taking different and divergent forms. Access to telecommunications has a strong impact on overall economic growth especially the development of the private sector, delivery of public services and connection of rural and isolated areas with the rest of the country.

The poor, especially in rural areas, have less access to telecom services than justified by their poverty levels, and the emerging “digital divide” is widening.

One of them is Asuboi in the Offinso Municipality of the Ashanti Region.

The project runs on green energy solution with solar power to provide 2G and 3G base stations with small cellular antennas for free Internet Wi-Fi services through smaller cell sites.

Mr. Attor tells Nhyira FM 20 more communities have been identified after contracts had been awarded for fifteen.

“It’s a very integrated system that we have in at least 30 communities in Ghana and in fact we have awarded 15 more that are being built and we would be awarding 20 more this year,” he said.

One hundred and fifty rural telephony sites are expected to be established by the end of 2015.

Mr. Attoh is excited the already constructed sites are paying off.

“The communities no matter where they are because they also work on V-sat, no matter how far they are to the end of the world, the messages can be carried on V-sat to wherever the phone calls are supposed to reach,” Mr Attor explained.

GIFEC is among seventeen international institutions recognized globally for outstanding contribution to strengthening implementation of outcomes of the World Summit on the Information Society.