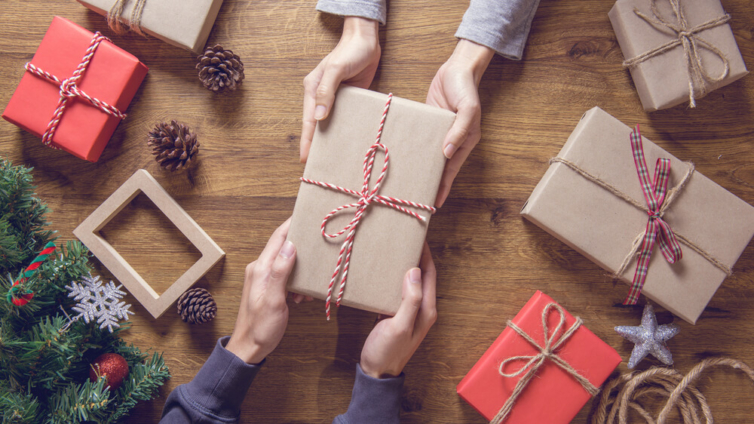 Wellness Coach and CEO of Ariel’s Haven, has admonished couples and individuals in a relationship to give gifts to their partners.

In an interview with Doreen Avio on Prime Morning, Monday, she revealed that gifting a partner in a relationship is the easiest way to spice up relationships, yet most people find it difficult to do so.

“Another way to spice up your relationship is by gifting your partner. It doesn’t have to be for a particular reason, like an anniversary or anything…just give,” she said.

She believes some little beliefs, including the mindset that the partner might reject the gift, contribute to boring relationships.

According to her, couples want the relationship to be perfectly okay but fail to initiate things that will strengthen the bond of their relationship.

“We feel if I do it, she will think…All these little beliefs prevent us from making the relationship what we ourselves want it to be. It’s like self-sabotage. You want the thing to be nice, yet the very things that will make the thing nice, you don’t want to do them,” she added.

Also, she stated that understanding the love language helps partners in the choice of gifts to give to each other as everybody has different love languages. She added that needs among couples should be met equally.

“Understand their love language. Try to meet their needs and they will also try to meet your needs. Relationships are a two-way thing,” she said.

The CEO of Ariel’s Haven also posited that prioritising the reasons for getaways in a relationship helps intensify the connection among couples, believing it is a way to draw them closer.

Ariel-the wellness coach, again stated that it is important to go on a getaway when there are conflicts within the relationship, saying that it helps solve misunderstandings.

Meanwhile, she believes that women gifting their husbands or boyfriends helps to spice up intimate relationships.

“It is nice for a woman to say, ‘I’m taking you out for dinner.’. It’s also a way of improving your intimacy, a way of spicing up your relationship. When your partner recognises you as a woman, you can begin spending money on the relationship.”

DISCLAIMER: The Views, Comments, Opinions, Contributions and Statements made by Readers and Contributors on this platform do not necessarily represent the views or policy of Multimedia Group Limited.
Tags:
Joy Prime
Prime Morning
Relationship