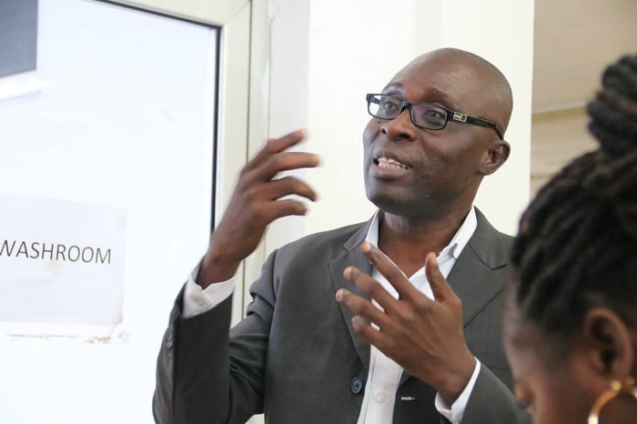 The Ghana Journalists Association (GJA) will meet the Kumasi Traditional Council on Monday, August 29, 2022, over the latter’s directive for Kumasi-based Oyerepa FM to shut down.

This is in line with the commitment of the GJA to explore all avenues, including dialogue, to resolve the matter.

This is contained in a statement issued by the GJA dated August 26, 2022 and signed by its General Secretary, Mr. Kofi Yeboah.

The GJA said, “Following the break of the news on the shutdown directed at Oyerepa FM by the Kumasi Traditional Council, the GJA quickly arranged to dispatch a delegation to Kumasi today, Friday, August 26, 2022, to meet with the traditional council and management of the radio station. However, the delegation was advised to reschedule the mission to Monday, which is considered to be an appropriate time to meet the traditional council.”

According to the Association, it has been monitoring events in the past two days regarding the shutdown and is “deeply concerned about the action of the Kumasi Traditional Council which has the tendency to erode the gains of the country’s fledgling democracy.”

It would be recalled that at a meeting between the Kumasi Traditional Council and Managers of Oyerepa FM, the Acting President of the Council, Baffour Amankwatia VI (Bantamahene), directed the Kumasi-based broadcaster to cease operation until they have purged themselves; traditionally; of allowing the founder of the United Progressive Party (UPP), Akwasi Addai (aka Odike), to use their media platform to criticize chiefs in Asanteman.

In compliance with the directive, Oyerepa FM/TV suspended its operations as a show of remorse towards Nananom.

“The GJA’ believes that although Nananom may have been disturbed by the comments made by Odike on Oyerepa FM, they could have used other means to address the matter than one that disturbs the nation’s democracy and press freedom.

We wish to underline the fact that the media and chieftaincy have a critical role to play in national development and rightly so, the 1992 Constitution has made elaborate provisions for the operations of the two institutions with the view to encouraging them to use their respective powers to promote national development,” the General Secretary wrote.

The GJA expressed worry “about recent developments in which traditional authorities are descending heavily on the media.”

Whilst decrying such incidents, the Association admonished its members to “exhibit high professional standards and be circumspect in the discharge of their duties, particularly in discussing the matter at stake.”

DISCLAIMER: The Views, Comments, Opinions, Contributions and Statements made by Readers and Contributors on this platform do not necessarily represent the views or policy of Multimedia Group Limited.
Tags:
GJA
Kumasi Traditional Council
Oyerepa FM