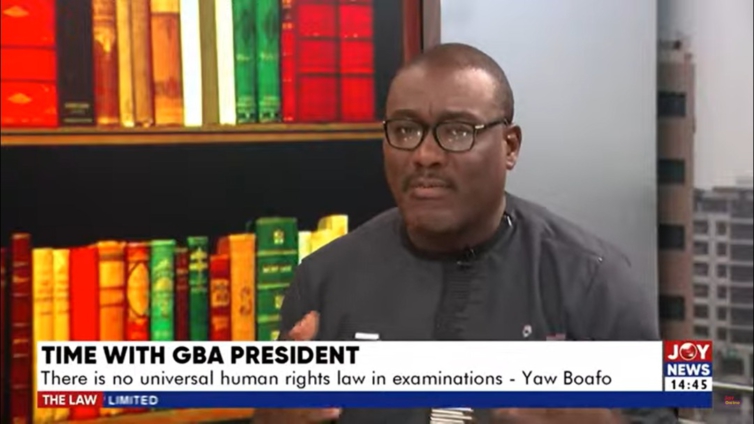 The President of the Ghana Bar Association says people criticising the General Legal Council (GCL’s) decision to ban re-marking of scripts of candidates who fail to obtain the required marks, in the entrance examination to the Ghana School of Law, are only being emotional.

Yaw Acheampong Boafo, speaking on JoyNews’ The Law, argued that the GCL has the mandate to establish its own rules for examination.

Thus, the Council’s rules and regulations on the upcoming entrance examination are justified.

“Every examination body has its own rules and there is no declaration of human rights on examination. People get very emotional about the matter,” he stated on Sunday.

He also noted that the re-marking could also disrupt the academic calendar of the Ghana School of Law.

“You have 2500 students writing an examination and then about 900 or 1000 people pass. This year, the examination will be written on September 23, the Law School has its calendar, just imagine you have 1000 remarking scripts are we going to say that the Law School should hold one to go through those processes and have a delayed academic calendar,” he quizzed.

In July, news broke that GLC will ask prospective students of the Ghana Law School to sign an undertaking that bars requests for re-marking of scripts, re-tallying of scores, or review or marks.

Candidates cannot also request to see their marked answer scripts or the marking schemes used for marking the questions.

This raised brows as many influential persons including Private Legal Practitioner, Professor Stephen Kwaku Asare, described it as obnoxious.

But the Ghana Bar Association President sees nothing wrong with the undertaking.

In his view, there is nothing preventing anyone from studying law, however, the GCL cannot be forced to “open their arms to let everyone in.”

He further told the candidates to limit their expectation since dreams are not always meant to come true.

“The idea that I have expressed a desire to be a lawyer doesn’t mean I have to be a lawyer. When we were kids, we all wanted to be pilots but Ghana Airways is collapsed now. So the expression of desire does not necessarily mean that there is a corresponding obligation to let your desire come true.