The Ghana National Association of Teachers (GNAT) says the decision by the Ghana Education Service (GES) to sideline teacher unions on discussions regarding the organisation of vacation classes for Form 2 Senior High School (SHS) students is a clear violation of the collective agreement which set forth the conditions of service relating to salaries, wages, hours of work among other things.

It, therefore, warned that any “unilateral attempt on the part of the GES to deliberately ignore the teacher unions in the discussion of the extra classes and its remuneration during the vacation in August will leave us with no option but to take actions that may disturb the industrial peace needed for teaching and learning to succeed”.

“We have observed with shock and concern the deliberate attempt on the part of the GES not to recognise and appreciate the importance of social dialogue, cooperation, trust, respect, good faith and the need to uphold these virtues in their policies and standards of management as enjoined by the collective agreement between teacher unions in the GES on one hand and the GES on the other,” it said.

The Head of Department, Salaries, Terms and Conditions of Service of GNAT, Mr Kwamena Ahenakwa-Quarshie, gave the caution last Friday at the closing ceremony of the 57th GNAT and the Canadian Teachers Federation (CTF) (Project Overseas) In-Service Programme at Cape Coast in the Central Region. 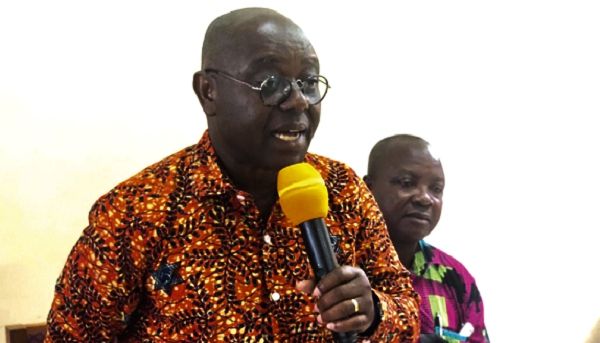 According to him, the attention of GNAT had been drawn to a letter with ref. No. GES/D6/245/19/194 dated 5th July 2019 with the caption Extra Classes for Schools During Vacation purported to have been authored by the Director-General, GES, Prof. Kwasi Opoku-Amankwa.

That, it said, followed a request from the various schools across the regions to be permitted to organise extra classes for form two students during the current vacation, beginning August 19, 2019, when the teachers are supposed to have their vacation.

Mr Ahenakwa-Quarshie reminded the GES that all matters connected with the conditions of employment of the teaching personnel shall be conducted through the joint standing Negotiating Committee, comprising representatives of GNAT, the National Association of Graduate Teachers (NAGRAT), the Teachers and Education Workers Union (TEWU) and the Coalition of Concerned Teachers Ghana (CCT)-Gh on one hand and the management of the GES on the other, subject to Sections 3 and 29 of the Fair Wages and Commission Act 2007 (Act 737) and Section 102 of the Labour Act, 2003 (Act 651).

The GNAT, he said, appreciated the efforts made by the government to pay the legacy arrears of teachers’ salaries since 2012. However, he said there were still few of its members whose salaries arrears had not been paid.

“It is also instructive to note that the policy which resulted in the accumulation of the arrears has virtually being scrapped.

It is on the basis of this development that GNAT calls for stakeholders to engage again so resolve the issues to enable the government to release funds for the payment of all outstanding salary arrears by the end of August 2019.

“Another project which is having a toll on the aspirations and welfare of teachers is the Human Resource Management Information System (HRMIS) which is being implemented by the Public Services Commission(PSC) as part of the Public Sector Reforms,” he said.

Mr Ahenakwa-Quarshie said in as much as GNAT agreed that the project was of national importance, the project designers did not take the peculiarities of the GES into consideration in the design before the service was migrated onto the system.

But in the GES, it doesn’t work like that.

If a class 5 teacher who is a principal superintendent retires, we can replace him with a teacher on any rank and the work goes on.

In fact, in the GES, when you are promoted, your job does not necessary change, especially if you are doing the core job of teaching”.

He said those were the stark realities confronting the GES thus creating delays for people who had been promoted to be put on their correct grades.

In the light of the above, Mr Ahenakwa-Quarshie said GNAT would wish to call on the government to suspend the project implementation for the GES and ask the project coordinator to do the right things by having consultations with stakeholders including teacher unions to rethink about the design.

“If by the end of August 2019 these issues have not been resolved where people who have been promoted would have been placed on their correct grades, we shall have cause to bear our teeth to make the harmonious industrial atmosphere prevailing now ungovernable,” he said.