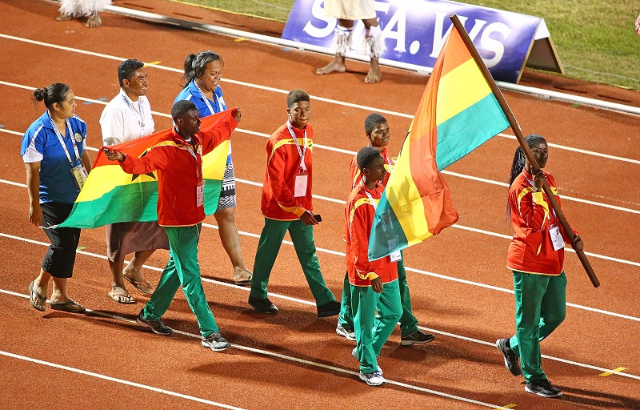 Dr K.K Sarpong has been an active player in sports development in the country. He was appointed the Executive Chairman of Asante Kotoko FC in 2010 but resigned in 2013.

At Kotoko, Dr Sarpong helped the club to rediscover their championship form and won the league back to back.

In an exclusive meeting with the President of the GOC, Ben Nunoo Mensah, the CEO of GNPC called for equal distribution of resources to the various sporting disciplines to ensure they thrive in their activities.

The former hockey player also noted that sports facilities must be dotted around the country and not only in the regional capitals.

The development of sports facilities across the country, he said, will in a way help reduce the influx of people from the rural areas to the urban centres.

Ben Nunoo Mensah thanked the GNPC boss and promised to maintain cordial relations with the petroleum company as a major partner for sports development in Ghana.