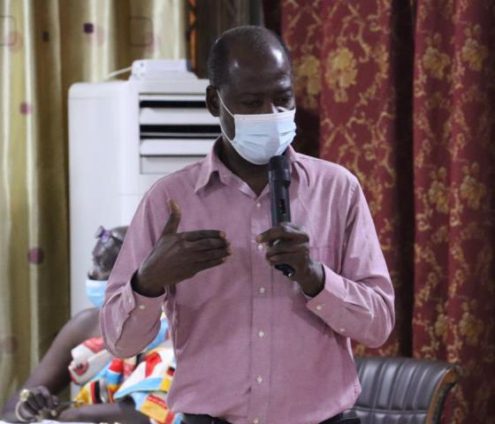 Co-Chair of Ghana Extractive Industry Transparency Initiative (GHEITI), Dr Steve Manteaw, has underscored the need for the Ghana National Petroleum Commission (GNPC) to increase its equity participation in the oil and gas industry.

This, he said, is vital to ensure that the country derives maximum benefits from the extraction of its natural resources.

Dr Manteaw said no country in the world has enjoyed tremendous benefit from the extraction of its natural resources without direct participation.

Speaking in an interview with the Ghana News Agency (GNA), Dr Manteaw noted that in instances where countries do not actively participate in the extraction of their natural resources, foreign investors repatriate a chunk of the profits made.

He cited for example, the fact that only five per cent of Ghana’s gold extracted is retained in the country. He expressed the view that the country could retain a chunk of the profits if it had high stakes in the extraction.

Dr Manteaw therefore called on the Government to consider investing in the extraction of the country’s natural resources for high equity.

Contrary to the assertions that Ghana and the Western Region, in particular, has not benefited from the oil extraction, he said Ghanaians have benefited a lot from the oil revenue.

He mentioned some of the projects funded with oil money as the construction of Kotoka International Airport Terminal three under the Ghana Infrastructure Investment Fund, which he said is yielding dividends for the country.

He also mentioned that oil money is being used to fund the implementation of the Free Senior High Programme which has benefited many Ghanaian children and debunked the notion that Ghanaians have not benefited from oil extraction.

Dr Manteaw expressed concern about the corporate governance structure of the GNPC and said the appointment of the CEO has often been characterized by political considerations.

This, he stressed, does not augur well for the country’s development efforts and advocated for security of tenure for the CEO of GNPC. Dr Manteaw, “argued that in that case, the appointment could go through competitive processes as practised in the corporate world so that there would be no or limited political interference.”

DISCLAIMER: The Views, Comments, Opinions, Contributions and Statements made by Readers and Contributors on this platform do not necessarily represent the views or policy of Multimedia Group Limited.
Tags:
Ghana National Petroleum Corporation (GNPC)
Oil and Gas Industry