Atletico Madrid had no trouble in booking their place in the quarter-finals of the Champions League after seeing off a spirited Bayer Leverkusen with a goalless draw at the Vicente Calderon.

Nursing a comfortable 4-2 first leg advantage, Atleti could afford to play with caution against a Leverkusen side shorn of a number of key players and under the guidance of new coach Tayfun Korkut following the sacking of Roger Schmidt. 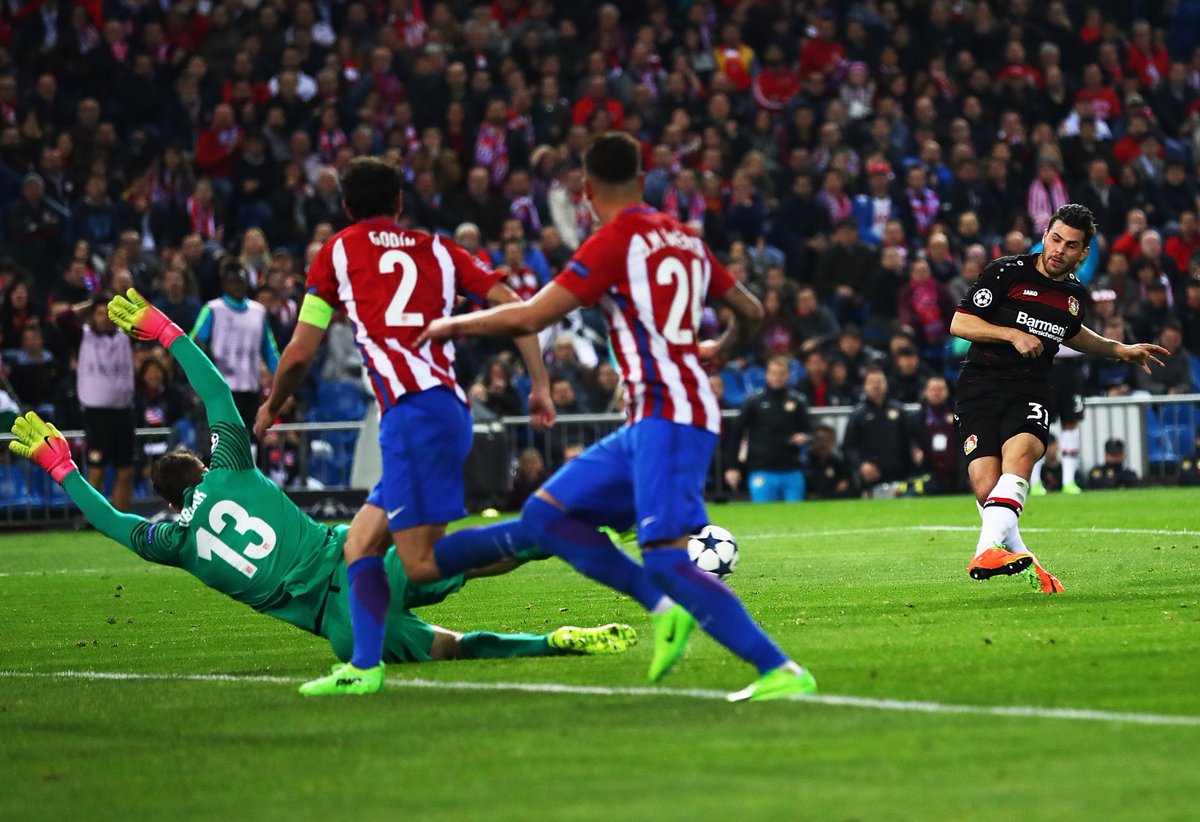 Leverkusen put in an improved performance from their first leg shellacking but keeper Leno still needed to be at his best to keep them in with any hope at all, pulling off two brilliant saves late in the opening half to deny first Angel Correa then Koke.

The pattern of the first half was played out in the second, both teams carving out openings and this time Atleti keeper Jan Oblak was the man in the spotlight, pulling off a marvellous double save before the game ended in an entertaining stalemate.