God will intervene on our behalf – Family of slain #FixTheCountry activist, Kaaka 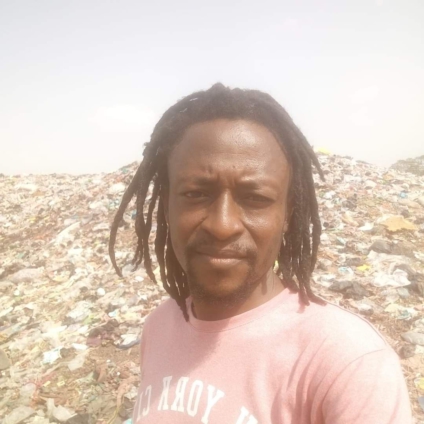 Family of the 40-year-old man, who died after a mob attack in Ejura in the Ashanti Region says God will surely intervene on their behalf.

They believe the killers of Ibrahim Mohammed, who were allegedly engaged by someone to commit the act, are within the Ejura town.

The deceased’s sister was emotionally traumatised when the news team visited the family at the Komfo Anokye Teaching Hospital, Monday evening.

Fatima Ibrahim says she knew her brother wouldn’t survive after she observed his deteriorating condition.
“There is no better punishment than what God will give them. Even if I see those who did that to him, the best punishment is to take their lives just as they took my brother’s life but I cannot do that. So I will leave it with God.”

Fatima is now worried about Mr Mohammed’s children and who will play his role as a father.

“He has a family. He has kids. Now the kids are in the house waiting for their father. What did he do wrong?”
They want the police to expedite investigations to prevent any disturbance in the town. “I have been urging the youth to continue to exercise restraint as we wait for the Police investigations.” Brother of the deceased, Ibrahim Mawiya said.

Nephew of the deceased, Yussif Hassan says, they are really in pain. The body of late Mohammed has been released to the family for Islamic burial on Tuesday.

Mr Mohammed was repeatedly struck in the head with objects until he lost consciousness.

He died while receiving treatment at the Komfo Anokye Teaching Hospital in Kumasi.

DISCLAIMER: The Views, Comments, Opinions, Contributions and Statements made by Readers and Contributors on this platform do not necessarily represent the views or policy of Multimedia Group Limited.
Tags:
#FIxTheCountry
Family
Justice
Kaaka
Murder