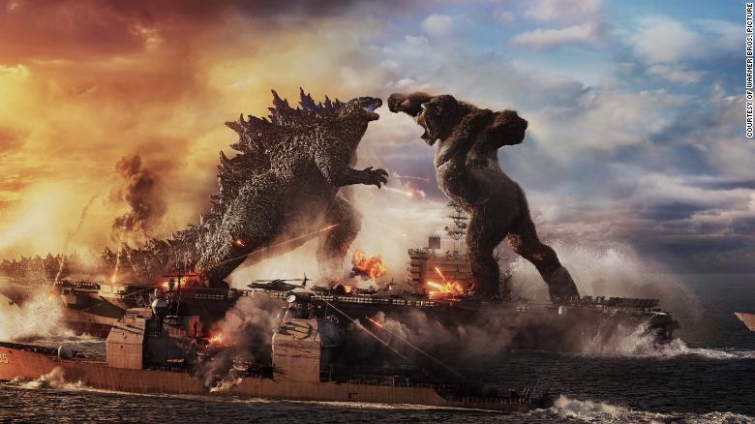 Hollywood has rocked the internet with a glimpse of a monster new offering — “Godzilla vs Kong.”Movie fans around the world have reveled in the trailer, which runs for almost two-and-a-half minutes and features just about everything you might want from a face-off between a leviathan lizard and a supersized gorilla.

Legends will collide. Watch the long-awaited official trailer for #GodzillaVsKong, coming to theaters and streaming exclusively on @HBOMax*.

*Available on @HBOMax in the US only, for 31 days, at no extra cost to subscribers. pic.twitter.com/ygUDjoXwT8

“Legends will collide,” teased Warner Bros as it unveiled a sneak peek at the new movie, which will see “the two most powerful forces of nature clash on the big screen in a spectacular battle for the ages.”

In publicity material, Warner Bros, which, like CNN, is owned by AT&T (T) subsidiary WarnerMedia, said: “The epic clash between the two titans — instigated by unseen forces — isonly the beginning of the mystery that lies deep within the core of the Earth.”

The latest offering from Warner Bros’ MonsterVerse franchise hits theaters on March 26, but it will also be available free to stream for a month to HBO Max subscribers in the US.

The studio has not yet issued a release date for elsewhere around the world.

Back in December, Warner Bros, the world’s second-largest movie studio, announced plans to stream all of its 2021 movies at the same time they hit theaters.

WarnerMedia CEO Jason Kilar said in a blog post some of the highlights included “The Little Things,” “Tom & Jerry,” “In The Heights” and “Dune.”