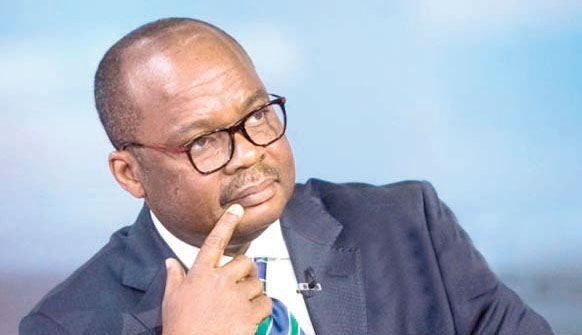 US investment banking giant, Goldman Sachs is projecting at least a 200 basis points hike in the policy rate to 21%, from the current rate of 19%.

The forecast is coming ahead of the Bank of Ghana’s Emergency Monetary Policy Committee (MPC) meeting on Wednesday, August 17th, 2022.

Goldman Sachs in its advice to investors said the move by the Bank of Ghana will be influenced by extra measures to be taken by the Central Bank to deal with the current pressures on the Ghana cedi as well as the rising inflation.

“We expect the MPC to announce a 200 basis points hike in policy rate to 21%; and see a meaningful upside risk to this forecast, given the extent of FX [foreign exchange] and domestic financing pressures”.

The Bank of Ghana on Monday, August 15th, 2022, announced that it will hold an Emergency MPC meeting on Wednesday August 17th, 2022 to review developments in the economy.

It is however still not clear what might be the main reason for this meeting.

According to the Central Bank’s own calendar, the MPC was initially expected to meet next month – September 20th to 23rd, 2022.

However, the possibility of the BoG taking some extra measures on the monetary side to check the rising inflation rate, could be the reason. Others are also looking forward to some foreign currency measures to check the cedi’s sharp depreciation.

But a source close to the Central Bank maintained that previous examples have shown it’s never prudent to take emergency foreign exchange measures when the cedi is depreciating, adding, that “a similar measure taken in 2014 did not work.” This, the source added, could send negative signals to the market.

The emergency meeting is coming after an acceleration in the pace of depreciation of the cedi in the past two weeks (almost 10% vs. the US dollar), amounting to a cumulative 50% currency depreciation year-to-date.

Goldman Sachs was of the view that inflation and financial stability risks, stemming from foreign exchange weakness combined with the challenging domestic financing environment for the government — which has led the BoG to begin monetising the deficit — have prompted the call for this meeting.

Ghana and the IMF programme

Goldman Sachs was however worried about the commitment of the Ghanaian authorities to an IMF programme, based on its observation after their recent visit to Ghana.

“In our recent trip to Accra, one notable observation was the authorities perceived lack of urgency in concluding programme talks with the IMF (with locals expecting a 6-9 month timeframe), despite intensifying BoP [balance of payment], FX [foreign exchange] and fiscal financing pressures”, it added in its advice to investors.

IMF programme negotiations and the economy

The investment banking giant was worried about the delay in reaching a deal with the IMF, saying, it might not be good for the economy.

“We have argued that a delayed conclusion creates the risk of further deficit monetization by the BoG,” it added.

It also raised concerns about how “cedi depreciation and a decline in FX [foreign exchange] reserves, implying that the macroeconomic outlook may deteriorate further in the near term.”

The Bank of Ghana at its last meeting in July 2022 left the rate unchanged at 19%, citing “deceleration” of the rate of inflation and concerns over economic growth.

The Central Bank, has since the end of 2021 increased the policy rate by some 550 basis points to contain the rising inflation.

The Governor, Dr. Ernest Addison, during the MPC press conference indicated that the Central Bank was pausing to observe the impact of inflationary pressures on recent rate hikes and other policies, “noting that the bank had observed that inflation had persisted and broadened to almost all items in the consumer basket”.

The government at the last meeting also maintained that “the committee was of the view that it was appropriate to pause and observe the impact of the recent monetary measures already taken.”