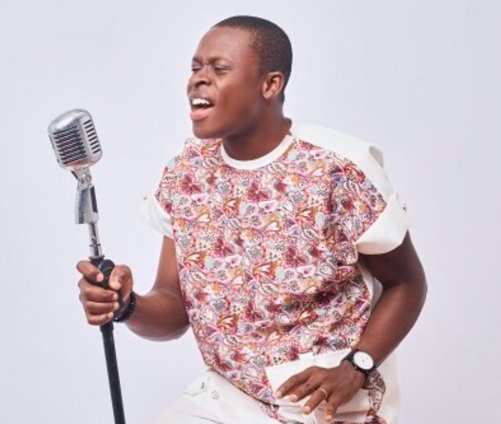 Gospel musician, Michael Danso, has dropped his new single, Odo, urging Christians to live lives that are pleasing to God instead of glorifying worldly fantasies to lead them astray.

According to him, most Christians are failing to love one another as Jesus Christ preached hence the surge in unruly behaviours in recent times.

Speaking in an interview after its release, which is available on all digital music platforms, the soothing singer noted that, some behavioural patterns in recent years had proven that many Christians were wandering away from their faith.

“Drifting away from God partly accounts for the lawlessness, defiance and indifferent posture some believers exhibit towards the church, societal and national issues, he said in an interview.

“It is a scary reality that many redeemed Christians have left their first love and allowed Satan to intrude and distract their Christian way of life by committing to loving other things that bring them satisfaction and inner joy,” he added.

He also added that some Christian values that were been passed down from generation are no longer holding the fort.

“The period when individuals and families used to have quiet moments and blazing intimacy with God is gradually fading out and these demonstrate that many redeemed souls are not satisfied in God any longer,” he observed.

He said some Christians in the name of “I know my right” had refused to stay disciplined or follow laid down procedures while others continue to fancy things that take them away from the presence of God.

Preaching in his Odo song, Mr Danso partly believes steps must be taken to prevent Christians from “heading towards darkness.”

“It is for this reason that God has blessed me with a timely, concise, and accurate message in ‘Odo’ (love) to admonish the children of God to return to Him,” he said.

The song, he addsed, “is a call to Christians and non-Christians to remember where they have grown cold in love for God and affection for humanity, and the need to repent and return to genuine habits.”

The ‘He Never Fails’ composer said those who loved God should follow His command, adding that God’s love was constant, therefore, those who had gone wayward could always return to Him.

“Tell Him you have grown cold, tell Him you have entertained other love. He stands ready to forgive and restore you. He is calling us to return to where we once fell,” he stated.

DISCLAIMER: The Views, Comments, Opinions, Contributions and Statements made by Readers and Contributors on this platform do not necessarily represent the views or policy of Multimedia Group Limited.
Tags:
Gospel
Michael Danso
Odo